NASHVILLE, Tennessee- Even though I am not much of a whiskey drinker, I am always drawn to a good whiskey song. Something about the solace of sipping the stuff leads to a deeper examination of one’s true self.

Karissa Ella’s newest single “Whiskey Whispers Your Name” is all that and more. They led me to further delve into this rising singer/songwriter and find out what drives her.

Ella hails from North Canton, Ohio. Her immediate family was not musical at all. When Ella’s mother was 40, her grandmother passed and the way she coped with it was by teaching herself to play guitar and write songs. She invited Ella to sing the songs for her. 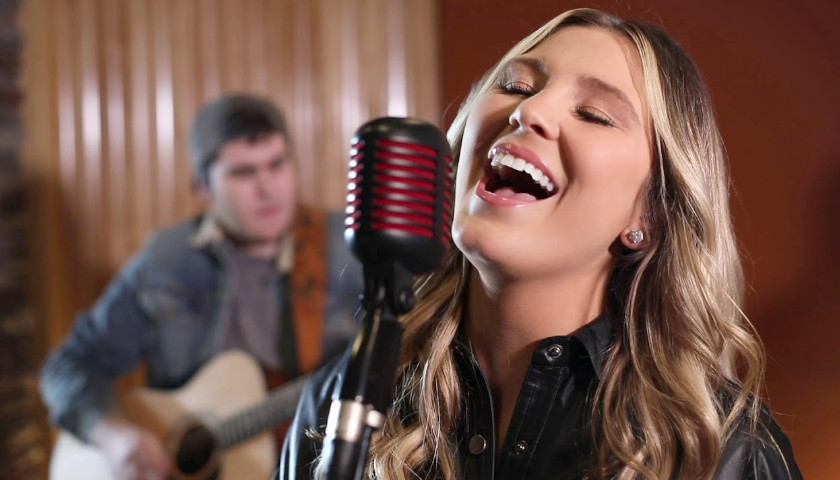 “I was raised on a little bit of everything. My grandmother Ella, whom I was named after, used Randy Travis’ “Forever and Ever Amen” as a song to cope with losing her husband early. And even though she hated country music, that was the one song she loved.”

Her mom and dad listened to rockers like Tom Petty. Like most teens her age, she listened to Brittney Spears and Justin Bieber. But she soon discovered the depth of country music where it could be fun and edgy and meaningful too. Her musical Influences include Gretchen Wilson, Dolly Parton, Shania Twain, and Carrie Underwood.

Even though no one in her family sang professionally, Ella was surrounded by music and appreciated it. Her parents put her in voice lessons, and she performed in musicals and choirs. Eventually, Ella started doing her own stuff and writing original music.

“I thought writing music was such a far-fetched dream that only celebrities get to do. I don’t know why I thought that,” she expressed.

To help pursue her dream, she attended college at Belmont University in Nashville where the aspiring artist got a degree in Entertainment Industry Studies and Music Business. She was happy to explore both sides of the music industry.

After graduation, she knew she wanted to pursue music full-time. She stated emphatically, “I don’t want to live with any ‘What Ifs,’ I’ve got to just go for it.”

One thing I have learned as an entertainment journalist is that being talented often is not enough. Having the background and information regarding the business side is critical to an artist’s success.

Ella agreed, “It saved me in a lot of ways. Having that experience and background and even having the professors I discuss things with. It’s important to have a good team around you.”

Another thing that drew me to Karissa Ella was her love of traditional country music. During the pandemic, she did a series of acoustic covers where she performed classics like Pam Tillis’ “Maybe It Was Memphis,” Jessica Andrews’ “Who I Am,” and Patty Loveless’ “Blame It On  Your Heart.” She teamed up with Johnny Gates to do a Dolly and Kenny Rogers cover of “You Can’t Make Old Friends.” 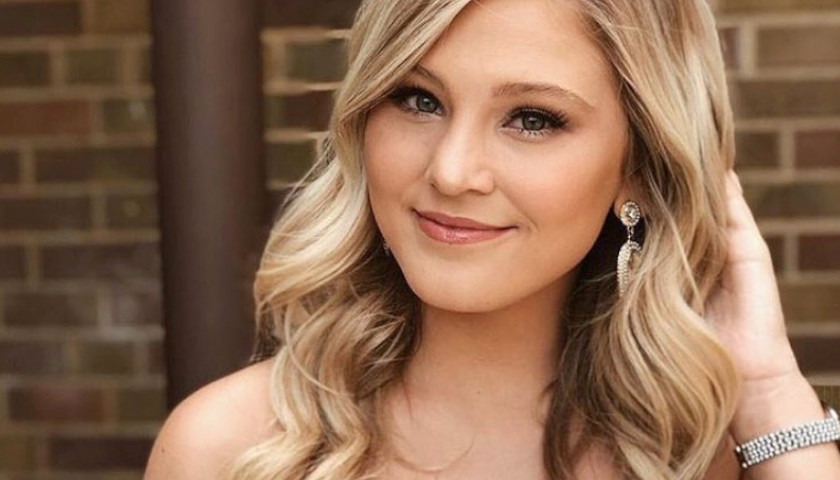 “I wanted to sing songs that maybe people forgot about. It brings back the nostalgia,” she said. “I heard ‘Who I Am’ on Spotify and I knew I wanted to cover it. Now when I sing it out on tour, people come up to me and say ‘Thank you for singing that song. I am overwhelmed.’”

But the one artist who we both consider among our favorites is Gretchen Wilson.

She recalled, “I remember riding in the car and they put on ‘Redneck Woman’ and I thought ‘Who is this woman?’ This is my favorite song. It is amazing. I love the sass and the attitude. I was little, but it really spoke to me.”

Now when she plays live, she always includes a Gretchen Wilson cover.

For the most part, the optimistic and effervescent songwriter gravitates towards the positive side of life. Her songs like “Me and Luke,” “Vacay” “Crackin’ Cold Ones” and (You can’t have a) “Bad Summer” draw fans in like a moth to a flame.

The fun songs she writes are all about her experiences back home in Ohio.

“Vacay is about going to our lake in the summer. We had a crappy pontoon boat that barely runs, but we make it work,” she explained.

She continued, “ ‘Bad Summer’ is more about tailgating before country concerts. Everything I write about stems from my roots in Ohio. Even though we are landlocked, we can still have a good time.”

The songstress also writes more introspective songs like “More Like Her” which was featured on her Blossom EP and now the soul searching “Whiskey Whispers Your Name.”

She explained, “I really love this song. It’s the first taste of what’s coming from me musically. More stories based on who I am.”

Streamed music tends to gravitate toward artists releasing singles as opposed to records or EPs similar to the way that the old 45s were released in the 1950s.

Ella understands that now it is a singles game but says “I like a theme. I like to wrap it up in a bow and call it a project.”

She is now recording new music which she hopes will turn into an EP.

Either way, they will be authentic and relatable as she continues to tell her own story.

She explained, “In the past, I’ve had a lot of fun, but I don’t know if the songs are 100% me because I have been changing. I wrote Blossom when I was 20 and now I am almost 26 and I am more soulful and I want to dig a little deeper.”

“I am still trying to figure out who I am and that’s what these new songs are going to be about.”

Karissa Ella’s music has been featured in Parade Magazine, The Boot, Taste of Country, The Ty Bentli Show, and Radio Disney to name a few.

As this prolific singer/songwriter continues her upward progress to self-discovery, her fans (myself included) will gladly go along with her on this journey as we anticipate what is coming next.