NASHVILLE, Tennessee – The first time I recall seeing Michael Rix was when he played banjo in the Bank of America marketing campaign commercial for Ken Burns’ PBS documentary Country Music. Even though the banjo originated in Africa, seeing a black, banjo-playing country musician in the 21st century is/was not very common.

I was fascinated by him and, as I kept writing my column, his name would pop up time and again. I finally got to meet Rix in person last year at Lifest and was determined to interview him as soon as we could work it out. 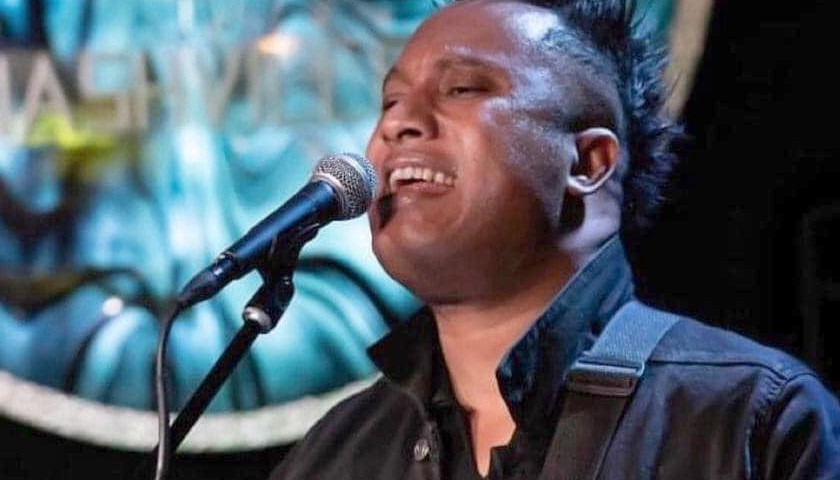 Besides being a banjo-playing country music artist, Michael Rix is an author, actor, and singer based out of Nashville. It turns out that his story is even more extraordinary than I expected.

Rix’s parents were high school sweethearts who both attended Bowling Green State University. His mother was studying psychology and his dad was in pre-med when they were introduced to the now infamous Hobert Freeman, who taught the young couple that “God was obligated to heal the true believer.” Freeman also denounced TV and radio and the celebration of any holidays.

The charismatic Freeman eventually garnered a worldwide following, and many became part of the controversial belief system, including Rix’s parents.

Unfortunately, Rix, the eldest of nine siblings, was asthmatic and nearly died on several occasions without proper medical care. However, when his youngest brother, a baby, developed meningitis, the infant did die in the family home as his father was desperately praying over the listless child.

Rix recalled, “Three hundred deaths took place [within the cult], 100 of which were documented. One of those was my brother John, who was 6 months old.”

He continued, “After that, the environment of the church collapsed as they had multiple families going to prison.” 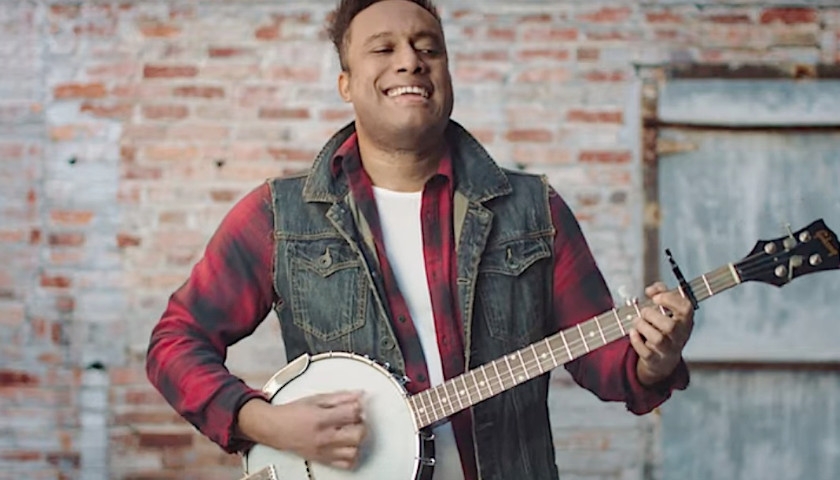 The trauma of losing his brother would split the family apart, and eventually Rix’s parents were sent to jail while he and his siblings went to Ohio to live with their grandmother when Rix was 14 years old.

“My grandmother saved our lives. She took care of us and put us back into a normal life. We had our first Christmas ever that year,” he exclaimed.

Their family was given a Habitat for Humanity house and Rix and all his siblings got a new beginning in Lima, Ohio.

How the artist first got started in music was when, at around age 10, he took a paddle his dad had made from a 2”x4” and created a homemade guitar from it with shoestrings.

He got his first real guitar when he was 12, which he bought from neighbor kids when he saw them dragging it around in the grass.

“It had two strings on it and that started me playing guitar.”

Eventually, Rix would become the worship leader at the cult church Faith Assembly, even though he was barely a teenager.

As he got older, he started listening to people like Susan Ashton and Wayne Kirkpatrick, who co-wrote “Change the World” made famous by rock legend Eric Clapton.

“Music became my outlet in the midst of all this cult life. It became my therapy. As I read the lyric sheets on the CD covers from artists like Wayne Kirkpatrick, I learned how to interpret my feelings and put them on paper by writing songs. That’s kind of how I got rid of a lot of the toxic emotion that I was feeling growing up in the cult environment.”

He continued playing that old, red two-tone guitar that he purchased as a child. In addition to music, Rix did a lot of painting, including watercolor, oils, and drawing.

However, in 1997, he took his first trip to Nashville, where he met Jay DeMarcus from Rascal Flatts and Darwin Moody of Embassy Music. Rix brought a big spiral notebook that had all of the songs he had written.

Moody told him, “I’ve never seen anybody this intense about music. You work hard and you’re going to make it.”

Still, being someone young and living under the cloud of the cult, he returned to Ohio. He got married and divorced.

He ended up selling cars when hit songwriter Wendell Mobley came in to buy a car for his parents. Rix asked him if he knew Susan Ashton, Wayne Kirkpatrick, and Dann Huff, and it turns out he had just recently spoken to each one of them.

“I took that as my change-of-life sign. Then two months later, I got downsized out of my job. In 2008, the economy crashed and I couldn’t find work.”

By February of 2009, a buddy who just signed with a black gospel label called Warner Alliance Music encourages Rix to come to Nashville. Even though he was low on money, he came anyway. His brakes went out on his car and he was unable to return home.

He decided finally to answer his heart’s call and pursue music.

He was led to The Father’s House church in Smyrna, Tennessee, where he received counseling and joined a weekly men’s fellowship hosted by NASCAR icon Darrell Waltrip. He would later serve as praise worship leader at The Father’s House for 11 years.

To get his foot in the music industry, Michael established an internship with David Mullen (producer for Toby Mac and co-owner of a studio) and picked up session work at his second internship with Bill Whittington, where he sang backup for one of his favorite CCM artists, Susan Ashton.

Rix also became serious about songwriting and began co-writing. He and Randy Davis penned a song that was cut by America Idol alum Melinda Doolittle called “I Believe in Love” and it became a signature song for her.

In 2016, Rix started playing banjo as a way to jumpstart the creative juices as a singer/songwriter. As a 20-year guitarist, he started “noodling” around on the banjo and took lessons off of YouTube. It was a little harder than expected but he figured it out and came up with his own unique style of playing. He used an old technique called frailing.

“That’s the original way a banjo was played. It wasn’t finger-picked, it was frailed,” he explained.

He has since been endorsed by the Banjo manufacturer, Recording King.

In August 2018, Michael put himself on the industry map, by placing as a Top 10 finalist in NashNext, a national country talent competition hosted by Big Machine, WKDF Nash Icon 95.5 FM, and Guitar Center. As a result, he performed at the Pilgrimage Festival in Franklin, Tennessee, opening for Lilly Hyatt, and has since opened for many artists, including actor/artist John Schneider (of Dukes of Hazzard fame), Tyler Perry’s The Haves and the Have Nots, and, most recently, Ashley McBryde.

Rix has secured representation with Extreme Reach and the Hurd Agency, appearing in several TV shows and commercials, including the popular ABC/CMT series Nashville and CMT’s Still the King, starring Billy Ray Cyrus and featuring Rix in a principal role opposite Lin Shaye. He has also appeared in several commercials, including the Pepsi Summer/Nintendo Switch campaign within the 2017 CMT Awards — the official launch of the gaming console, and most recently, Bank of America’s commercial for the award-winning PBS documentary series Country Music by Ken Burns.

In 2020 Rix released the song, “Fighting for Their Day” in honor of the Black Union Soldier Statue (USCT) that was unveiled, on October 23, 2020. The statue commemorates the African American experience before, during, and after the Civil War in Franklin, Tennessee. The song honors the freed slaves that served in the Union Army’s USCT regiments. He hopes the song will promote racial healing.

Currently, Rix hosts his own series every Saturday at Nashville’s famed singer/songwriter music venue The Local. He has signed with 40 West Entertainment’s Roger Hodges for management and is working in the studio on a new EP with producers Ryan Rossebo and Eric Torres. He recently released the single “Sugar Girl” on YouTube and if that song is any indicator, you are going to want to download/stream the whole EP when it comes out the week of June 1, 2022.

Rix has penned a book about his experience of growing up in a cult called, “From Cult to Country” and it can be purchased on Amazon.

Regarding his book, he stated, “It’s all about taking things that should have stopped you and should have hurt you and ended you, and with the help of God and songwriting and great music and counseling, I was able to get through it.”

Additionally, the singer/songwriter also works with a nonprofit group called Map International, which sends medicines and health supplies like antibiotics, oral rehydration solutions, wound care dressings, surgical supplies, and more to those in need who cannot obtain them on their own.