Adam Warner hails from the farm country of southern Illinois, quite near where my mother and her family lived. This area is so consumed by farming, specifically corn and soybeans, that you really do feel as if you are in the middle of nowhere.

Just like my mother and aunts, both of Warner’s grandmothers played piano and sang at church. His mother was involved in theater and singing as well. He was certainly not the only one in the family who did music but would be the only one who chose it as a career path. 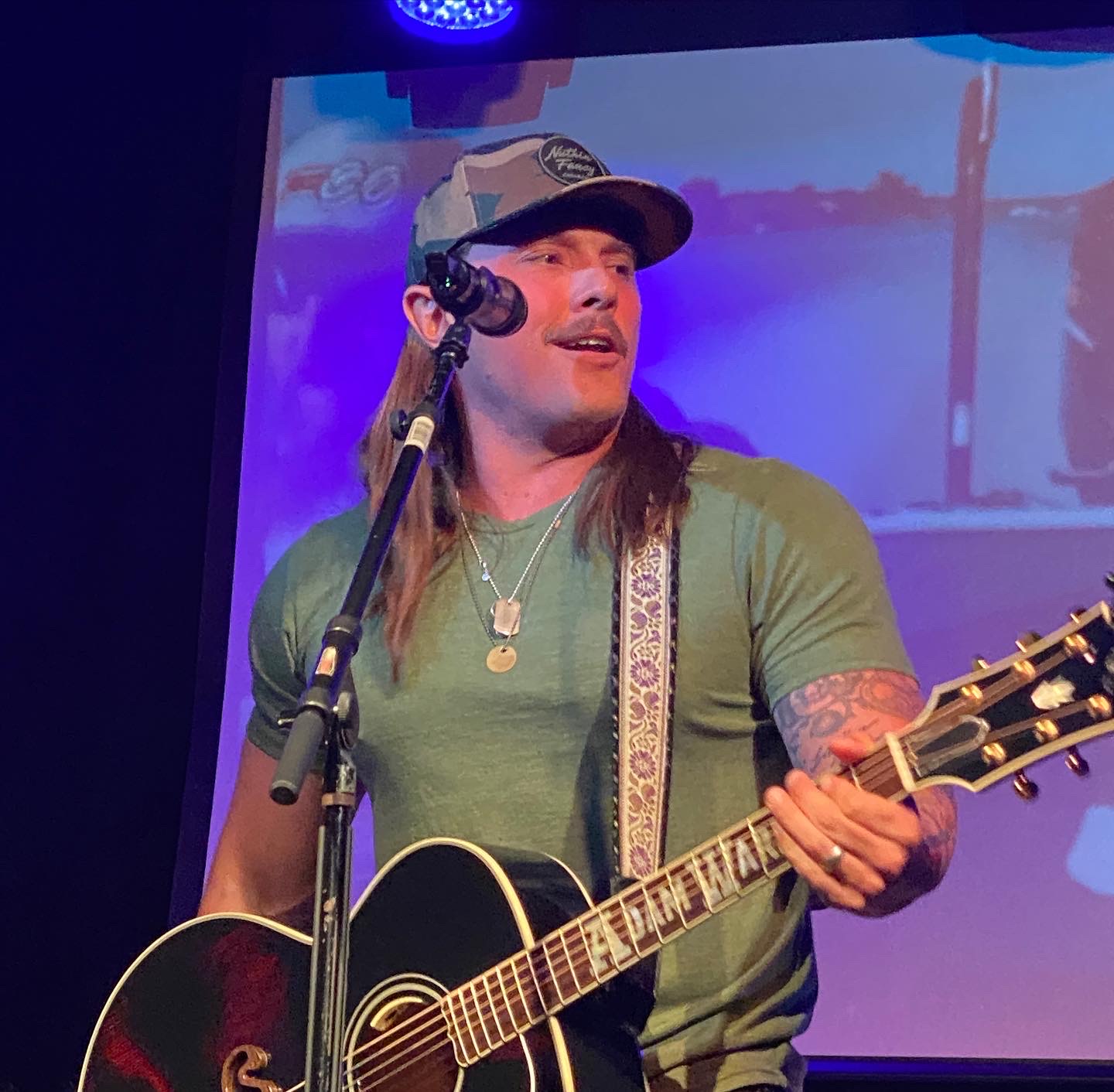 Growing up, he listened to a little bit of everything. Some of his favorites were Lynyrd Skynyrd, Charlie Daniels Band, Garth Brooks, Brooks and Dunn, Nirvana, the Rolling Stones, Tool, Jay-Z, and The Notorious B.I.G., just to name a few. Plus, He appreciated the legends as well, like Waylon, Johnny, Merle, and George Jones.

Even though his grandfather hoped Warner would follow in his footsteps and become a farmer, he was one of his biggest supporters, musically.

His grandfather said, “As long as it’s country music, I guess that’s OK.”

Warner started playing piano at a young age but he always wanted a guitar. His grandmother told him, “I’ll buy you a guitar, but you have to learn how to play piano first.”

The artist confesses, “At the time, I was so frustrated because I just wanted to play guitar. But later on in life, I was so grateful that my grandma talked me into playing piano because it lays down such a solid foundation for any other instrument you pick up.”

When he was 13, his grandmother got him a red Fender Stratocaster, which he still has. In high school, he started writing songs and took guitar lessons. But he didn’t want to learn chords, he wanted to learn to play rock music.

His goal was to learn music so he could drop out of school and become a rock star. He started a band before he began his first year of high school. 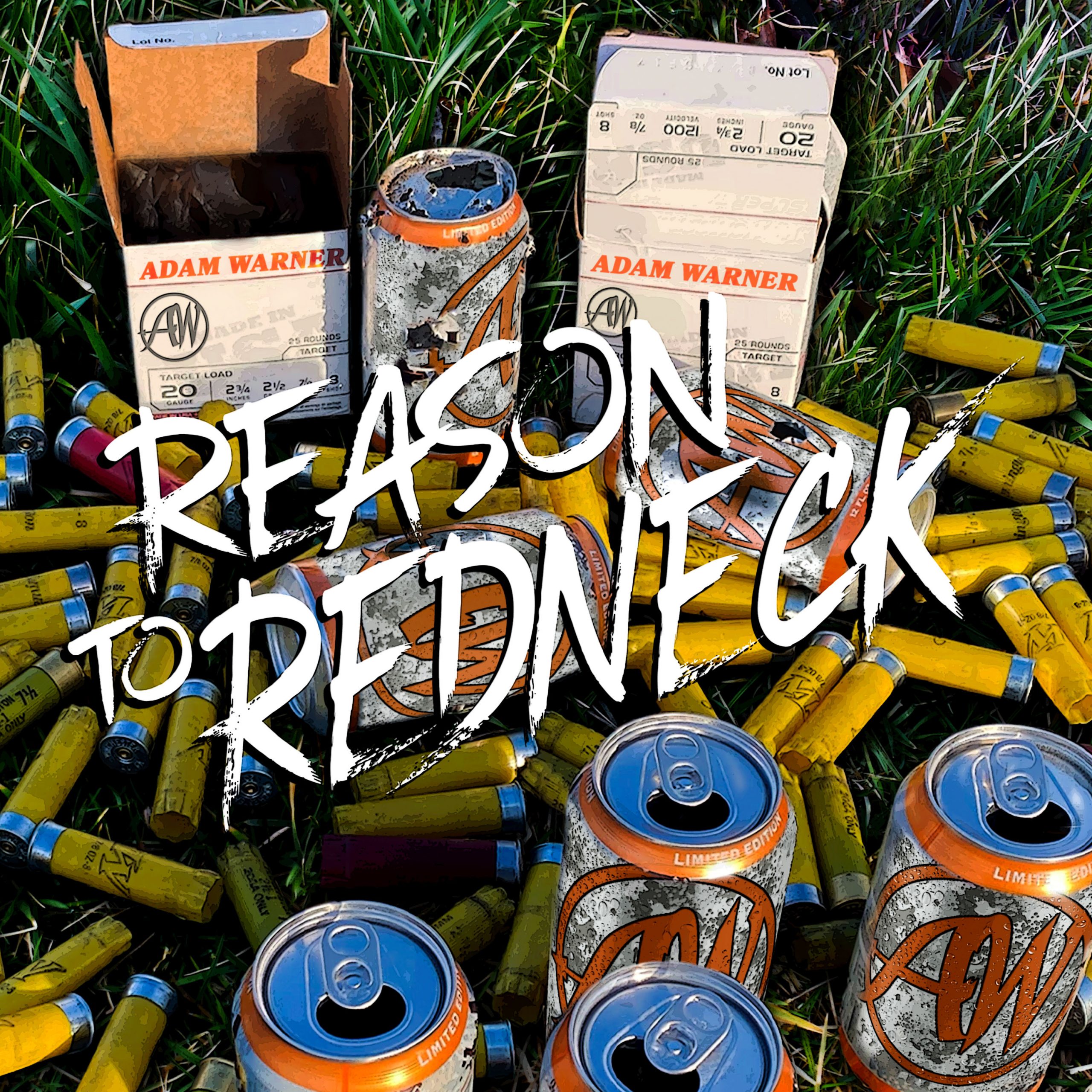 “It was a bunch of kids making a lot of noise in my parents’ basement,” he recalls.

Once he graduated high school, he attended a local college where he studied audio engineering. He was farming and going to school, but still wanted to do music.

“I felt like I was spinning my wheels in a sense because I knew if I wanted to pursue music that I couldn’t do it where I currently lived,” he admits.

He didn’t know enough about the music industry to know what all that entailed. But the country was at war at the time, and some of his friends had already joined the Marines and were serving their country. In October of 2003, he felt a calling and joined the Marines as well.

After he completed his stint in the military, he used his GI Bill to attend MTSU in Murfreesboro. “It felt like a big, small town,” he stated.

He changed majors and went into IT work because he knew he could get hired right out of college. It allowed him to have a job as he pursued music on the side.

“I love writing music and never really considered taking an artist’s path. I was happy writing songs and seeing people record them.”

He met a lot of like-minded folks and was able to pitch a song to Trace Adkins. Warner met him at Nissan Stadium one day after Adkins sang the National Anthem. 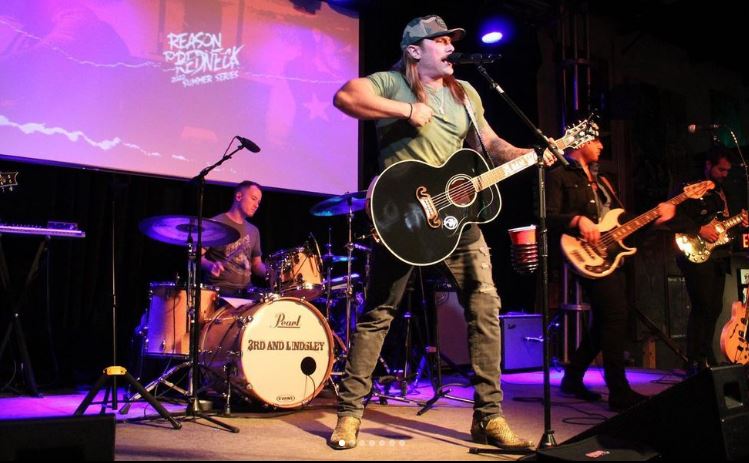 Adkins asked him if he was the boy who wrote and sang the song he heard. Warner said he was. Adkins replied, “You need to quit writin’ songs, and start singin’ ’em.”

Warner stated, “If Trace Adkins tells you that you should start pursuing the artist’s path, then that is probably what you should do.”

In 2016, Warner’s first single was “Rowdy as Randall,” a song that he wrote as a hat-tip to Hank Williams Jr.

Warner teamed up with Adkins to cut his track “Semper Fi.” on which the two sound like siblings singing it.

Warner also wrote “Welcome to the South” for the Tennessee Titans because the team was looking for a new hype song. It was a big hit for the Titans and for Warner.

And although Warner is known for unapologetically rocking party songs like “Catchin’ Hell,” he makes a complete departure from that vibe with his song “Someone That God Can Use,” which he humbly performed at the Grand Ole Opry House. He was inspired to write the song when his pastor said, “If you feel like you’re too far from Him, that’s someone who God can use.”

However, his most popular song to date is one titled “4 Square Miles,” which is about the town where he grew up. So many people can relate to that song.

“It’s not only special to me but when other people hear it, it brings them back to where they grew up,” he explains.

And now the Marine veteran troubadour is releasing his next single and lyric video exclusively with The Star News Network, “Reason to Redneck.”

In Warner’s playful musical ode, he goes through the list of reasons how and why being a redneck is not only natural but cool.

As prolific of a songwriter as Warner is, he writes plenty of tunes that he doesn’t record. However, “Reason to Redneck” is true to him and his upbringing, and could be a metaphor for his life.

However, don’t let the country drawl and redneck ways fool you. Warner knows exactly what he is doing. His music mimics the philosophy by which he lives his life. “Do what you love and love what you do,” because “there’s no restart button.”

He confirms, “One of the greatest things about music is that it lives forever, my songs will be around long after I’m gone.” And most importantly, he writes relatable songs.

“If I can play a part in one person’s good day, if I can make someone laugh, cry or feel something, I know I’ve done my job as an artist,” he says.

The best of Adam Warner is yet to come. Stay tuned for upcoming tour dates and high-octane releases that’ll set the soundtrack for 2022.