I first featured Devon Beck in April of 2021, after being immediately drawn to her developed sense of songwriting. At the time, she was 18 years old and had only been performing publically since she was 16. But to hear her songs, it was like she was born to be a singer/songwriter from the get-go. 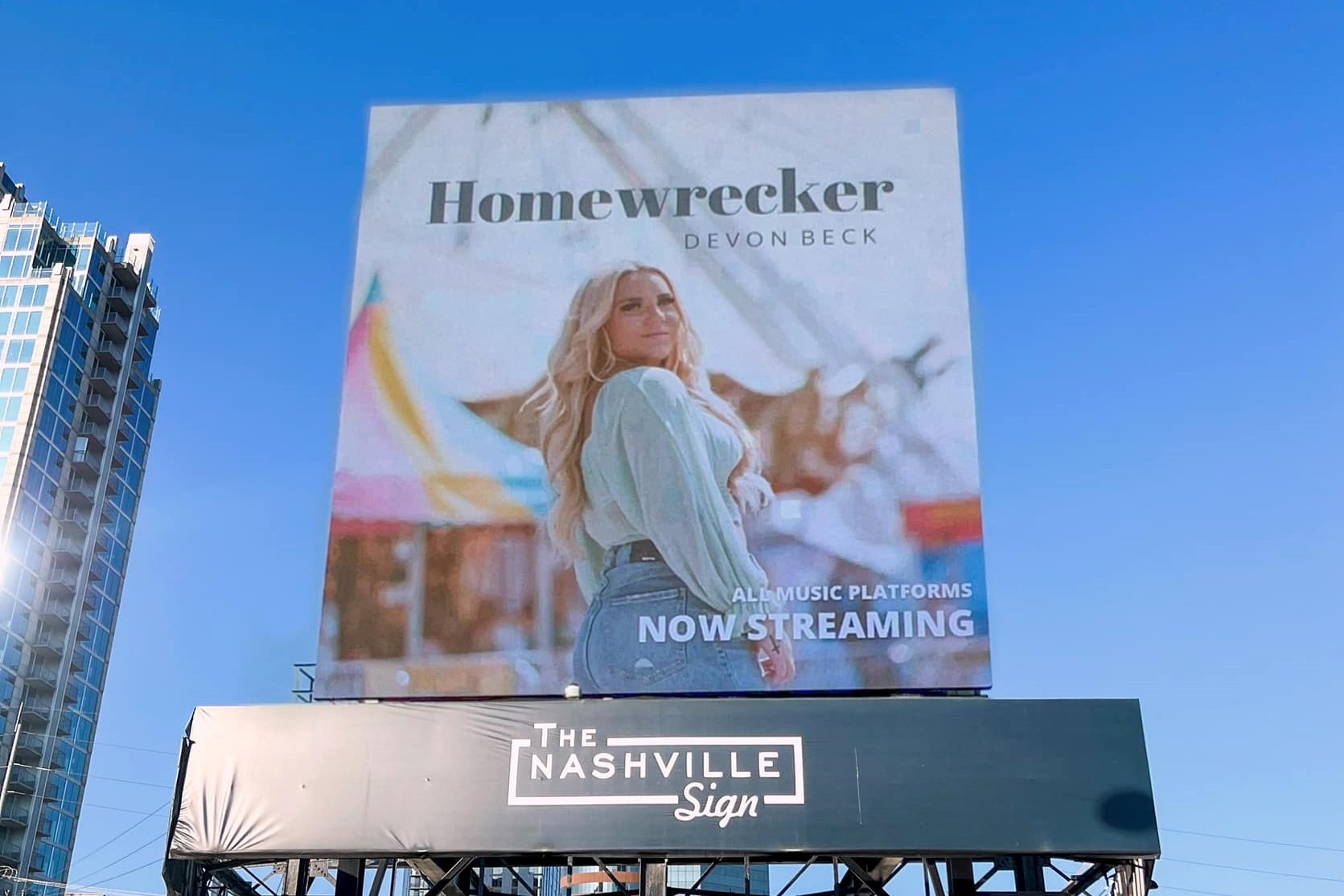 Like so many her age who are and were trying to find their way in a crowded field of gifted artists, during a pandemic, no less, it was challenging for the Pennsylvania native to navigate the murky waters of Music City. But she persisted and now is getting the recognition that she has long deserved.

Beck has recently released a new single, “Homewrecker” on which the masterful songwriter paints a poignant picture of real-life events. It is her most personal song to date and highlights her mature lyrical approach and soulful delivery.

She told me, “My single ‘Homewrecker’ is a song about being drawn to someone who’s in a relationship, and trying to respect the relationship while you wonder ‘what if?’ This song is about someone I’ve known my whole life but we were never single at the same time. One of the lyrics in the song is ‘worrying I was the spark that would send the house up in flame.’”

Even with all the gossip, it was never her intent to ruin anyone’s relationship. She accepts that they were never meant to be a couple. So she did what many country artists do – she wrote a song about it.

“Homewrecker” follows Devon’s previously released “Say to You” and “Mirrors,” and her debut EP, One Sided Expectations. She was featured in Apple Music’s The Ward Guenther Show and Jimmie Allen’s “Artist to Watch” Instagram New Artist Showcase list. She has opened for some of country music’s top talent including Miranda Lambert, Maddie & Tae, Ernest, and Brett Young, all while quickly building her own loyal following on Spotify (nearly 70,000 streams) and TikTok (71,000 likes).

The singer-songwriter has performed over 400 shows nationwide including appearances at the Bluebird Cafe, multiple performances at Nashville’s Whiskey Jam, and a slot at the PA Farm Show, the nation’s largest indoor agricultural show, attended by 500,000 people.

Now that Music City has finally recognized the ability of the burgeoning songstress, Beck will no longer be traveling back and forth to Pennsylvania as she has in the past. She now performs shows on Lower Broadway and the surrounding areas. She is a regular at The Twelve Thirty Club and Union Station and other popular Nashville venues.

Anytime she releases new music, you can be assured that I will be paying attention. She certainly is a country artist to watch.