NASHVILLE, Tennessee- The Beasley Brothers are a country duo formerly from North Alabama but now based out of Nashville. The duo is comprised of Lawson and Jackson Beasley. Being only 18 months apart, the pair grew up doing everything together.

As children, Lawson began playing drums while Jackson played guitar. Early on, they spent most of their time with toy guitars singing along to anything ranging from The Beatles and Eagles to the CMT Top 20. They sang and played music at church but were also involved in sports. Their parents were very supportive of whatever they chose to do. 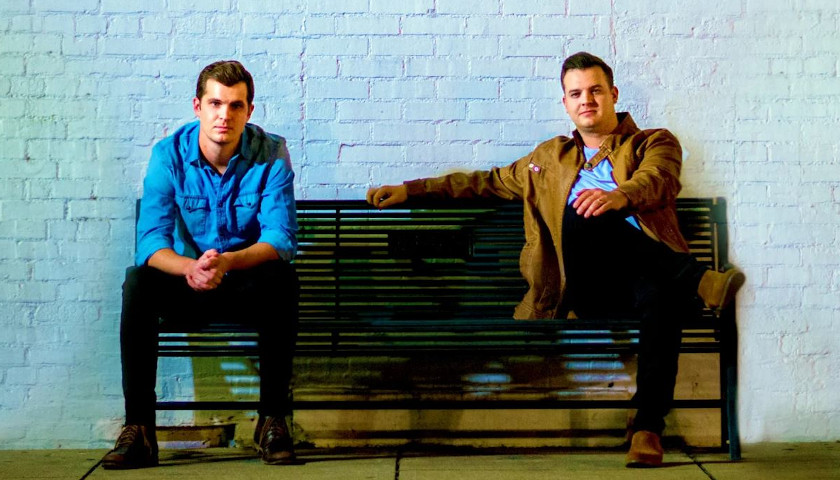 However, midway through college, the pair realized that they could do music full-time as a career.

In 2015, while still in college, the Beasley Brothers were listed among the “15 North Alabama Musicians to Watch,” and they also were the 1st place winners of the Whistle Stop “Que the Music” contest, where they opened for the iconic rock band Kansas.

Jackson remembers, “That was kind of our first big show that we ever performed.”

“We decided to chase the thing down to see what would happen. I worked while I waited for Jackson to graduate and then (in 2018) we both moved to Nashville,” reported Lawson.

Currently, the duo can be heard up and down Nashville’s famed Lower Broadway as they showcase their unique ability to wrap heartfelt stories in familial harmonies, catchy melodies, and tasteful guitar work. When they sent me their latest song, “Baby Don’t Lie,” I knew there was something special about the pair that is often lacking in rising artists.

And although now they don’t have any problem booking shows, Jackson reports that it wasn’t always like that.

“We don’t struggle as much now as we did that first year. Fortunately, we’ve been able to make connections and meet different people. And after we perform somewhere, we get to go back,” confirms Jackson.

One reason why the tourists tout the Beasley Brothers is because the pair can cover almost any kind of music. Being advertised on The Knot’s website as a favorite wedding band, the two have learned to play the popular songs we love to hear.

Jackson explains, “Getting in town, wanting to work in full-time music, it kind of made sense to do the cover-band stuff. We do it in addition to our own original music, writing, and recording during the week when we can. I do think the cover-band stuff has drastically helped our original music, because we have learned how to play so many different styles of music. You learn how to write good songs by learning and listening to other good songs.” 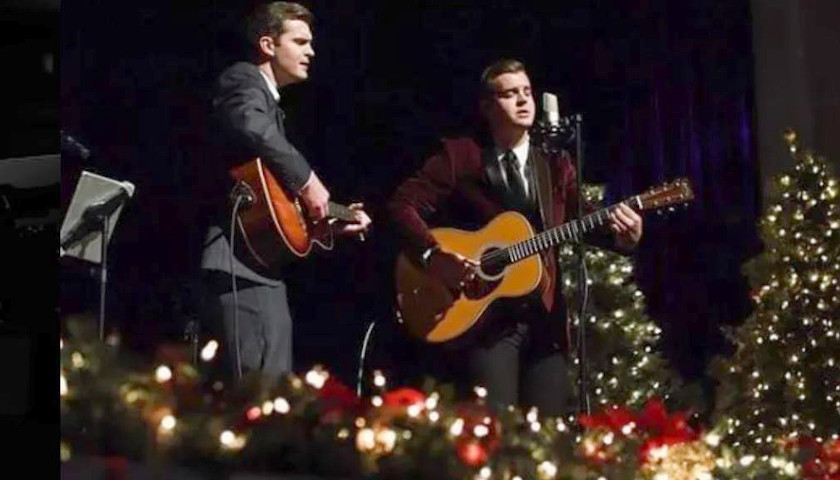 They have a home studio, where Lawson does all the production work. Besides “Baby Don’t Lie,” the Beasley Brothers have released 3 self-produced EPs: The First One, Here We Go Again, and I Can’t Believe It’s Christmas Time, as well as four singles, which can be found on any digital music platform.

“Baby Don’t Lie” was recently added to Spotify’s Fresh Finds Country playlist. Other popular original songs of theirs include “Drive,” “Blindside,” and a delightful seasonal number called “Summertime” that is somewhere between yacht rock and Kenny Chesney. And if you follow their YouTube Channel, you will see/hear a collection of their expertly crafted covers as well.

The duo has more shows booked in advance than any artist I have ever interviewed. While that is generally a good thing, it makes it challenging to find time to write new music.

Jackson advised, “We do have to make a point to schedule time to write songs. We could stay busy traveling every day and playing gigs. But original music is our main priority.”

The brothers are both married and live near each other, which makes it convenient to work on their music together.

The pair are now releasing singles as opposed to EPs or records. They hope to release a new single every three or four months and may put together another EP or album in the future.

The brothers have figured out what it takes to make it in Music City and other places throughout the Midwest and East Coast. And they do it so well, they keep getting asked back again and again.

Be sure to check out The Beasley Brothers on all music platforms, but even better, go see them in person.  You’ll see why they are in such high demand.