NASHVILLE, Tennessee –Before the rest of the world discovered Chapel Hart this summer on America’s Got Talent, I was a fan. They had come across my newsfeed, and I sent an email inquiring about a possible interview in 2021. When I never heard back, other artists got pushed to the forefront.

This summer Chapel Hart electrified America with the original hit “You Can Have Him, Jolene.” Multiple people contacted me asking if I had heard them sing. I determined then that I had to interview this dynamic trio because they truly were unlike any other group I had ever featured.

Chapel Hart consists of sisters Danica (lead) and Devynn Hart and cousin Trea Swindle. They all hail from a small town in Mississippi called Poplarville from the neighborhood called Hart’s Chapel,  named after their large family.

Trea informed, “We come from a huge family. Grandma had 17 kids and 108 grandchildren. Literally, every single family gathering (birthday parties, weddings, divorces) was all musically involved.”

Danica added, “At some point, there was going to be music. And Poplarville is about as country as it gets. No matter where you go, they are going to play country music.”

Danica and Trea admit to being the black sheep of the family. While the rest of the family was singing and playing gospel, they leaned into rock and country.

Their family was like, “What are you two doing?”

Then in 2018, when Devynn lost her job, they invited her to join their duo and she has since become the adhesive that helps to hold the train on the track.

The trio got their start in New Orleans. Trea reports, “We did the whole New Orleans music scene.”

They started busking on Royal Street, then moved indoors to Frenchmen Street, and finally, Bourbon Street. Once discovered, they got asked to play other in other towns throughout the southeast. 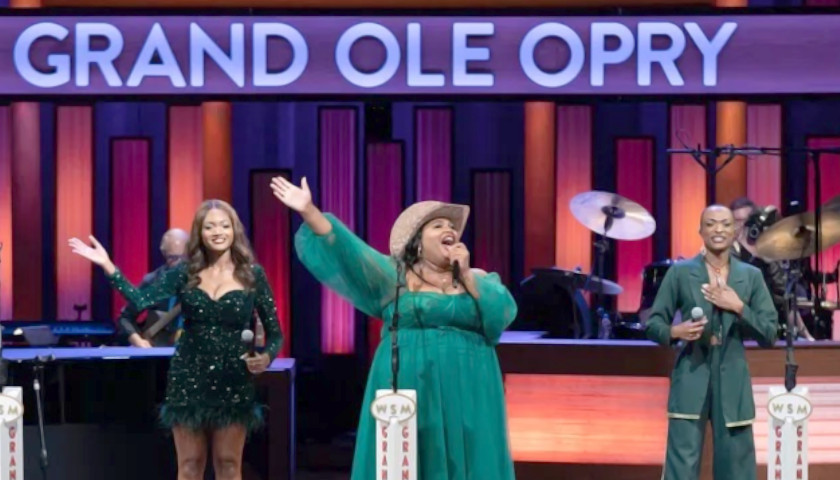 Their manager, Darrick Williams, helped them narrow down the things that they should do and shouldn’t do and where they should go.

About five years ago, Chapel Hart started coming to Nashville to start digging their feet into songwriting. And to be honest, their songwriting is as honed as anybody’s out there. I wanted to know where that came from.

Devynn chimed in, “I think, even when we were little, mostly because we were just nosy, we loved the stories. It’s the narrative. When we get a chance to share our stories, it’s one story, but from three perspectives.”

Like me, they too wondered why Dolly’s put up with her man for so long. That’s why they told Jolene that she could “just keep him.”

Danica explains, “So to be able to come up with thoughts like that and to sit down in the room, we throw out all the things. All of our growing-up experiences – crazy girlfriends and stories of relationships. Our storytelling, our songwriting, it is us, our life experiences and thoughts and imaginations, it’s about as simple as it gets.”

Before they shared their three original singles with the world on America’s Got Talent, in 2020 the girls performed a song with ZZ Top’s Billy Gibbons, “Jesus and Alcohol.”

Danica elucidates, “They say, ‘like attracts like’ and Billy is as crazy as the day is long.”

For a while, they had the same booking agent, and he knew that Gibbons had a mind for music and crazy, weird things. They sent him the song and he said, “You’ve got to be pulling my leg. Who is this?”

They sent him more music, and Gibbons declared, “Whatever they need, I want to help these girls.”

They had the music video coming up for “Jesus and Alcohol.”  He said, “I’ll be there.”

The video is so much fun, it makes my country lovin’, southern-rockin’ heart soar.

Trea states, “He’s become part of the family now.” Danica concurs, “He’s as random as the day but so incredible.”

By 2022, America’s Got Talent’s scout Lindsey Rush reached out to them via email. She begged them to try out for the show.

Initially, the trio turned her down. They had shows scheduled and were on the road.

But Rush was adamant. She told them, “The music that you girls make is so inspiring. It’s what the world needs. Please audition!”

Eventually, they relented and made the trip to L.A. to audition. Now they are like, “Thank God we did.”

With their audition song, “You Can Have Him Jolene” the judges were so impressed, the trio was given the coveted “golden buzzer” which secured them a place in the live finale. Their audition video has had nearly 9 million views on YouTube since July 19. Dolly even tweeted, “What a fun new take on my song, Chapel Hart.”

During the audition, Danica admitted to Simon Cowell that they had been in Nashville trying to break into country music, but that “country music doesn’t always look like us.”

He told them, “Then you’ve got to break down that door.”

Howie Mandel continued, “Country music not looking like you is the win, because you are going to be the original.”

And even if the golden buzzer hadn’t already guaranteed Chapel Hart a spot in the finals, their rowdy, original female empowerment song, “The Girls Are Back in Town” further sealed their fate of stardom.

But where the trio really left their heart on stage was on the AGT finale where they sang their patriotic anthem, “American Pride.” Lee Greenwood is going to have to make room for these tried and true, red, white, and blue country girls because they are going to show the world how they bless the USA.

Also, during the AGT finale, they met Darius Rucker, and the foursome covered, “Let’s Give Them Something to Talk About.” Rucker recruited them to sing on his newest single, “Ol’ Church Hymn.” Singing with one of the greatest, the girls’ harmonies take the gospel tune to a whole new level.

Rucker has long been a champion of Chapel Hart and alongside Charley Pride, he has opened the door for black artists to have a foothold in the white-male-dominated genre of traditional country music.

And for those who doubt the trio’s talent and think it’s just a big production, check out their stripped-down cover of Morgan Wallen’s “Cover Me Up.” Their effortless harmonies evoke a sublime sensibility usually found when kinfolk sing together.

The Mississippi girls finished in 5th place on the 17th season of America’s Got Talent and on September 17, they made their much wished for debut on the Opry, where they received a resounding standing ovation.

I was privileged to see them perform at the Nashville City Winery alongside several other CMT Next Women of Country alumni for an extra-special sold-out writer’s round. They will be returning to the Opry stage on October 8 for another of many-to-come performances at the historic venue.

As country music is trying desperately to diversify without losing the roots from whence it came, these girls, Danica, Trea, and Devynn – Chapel Hart – are just exactly what we need. They are gifted songwriters who have energy, electricity, and excitement all while being true to themselves and to their genre. Well done, ladies!