NASHVILLE, Tennessee- Although she only vaguely remembers it, I met Erin Kinsey at a Writer’s Round in a side room at the Bavarian Bierhaus at Opry Mills in March of 2021 and we still weren’t sure if we should even be gathering. 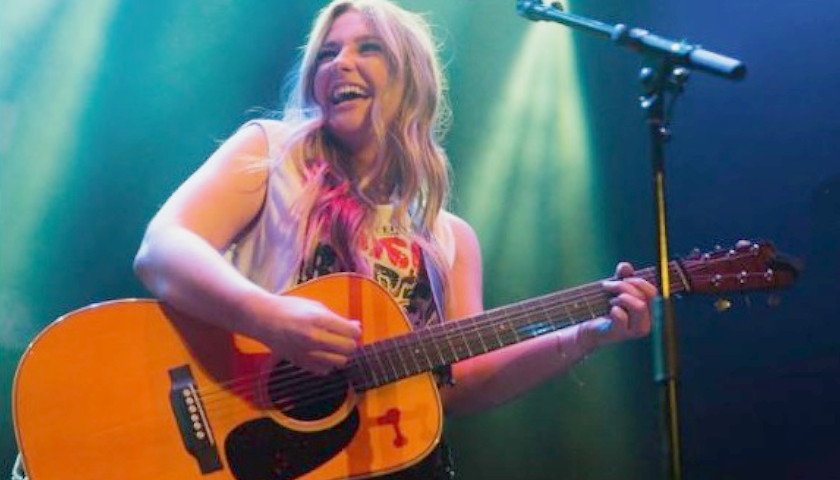 Long before Kinsey officially launched her country music career, the Texas girl was already a full decade into it. Her parents had her in every sport, club, and extra-curricular activity they could think of. She played tennis, basketball, and soccer and even took piano lessons. They wanted to help her figure out what she loved. Their goal was to help her find a career born out of passion.

And while they expected sports to be their daughter’s forté, it was not to be. But she did always love music. At one point, she went to her mom and asked to quit piano and start playing guitar. This spurred the energetic enthusiast to begin writing songs.

“I realize no matter what I was doing, I wanted to be home, playing guitar, writing songs, and learning the songs I heard on the radio. I had never felt that I could never get enough of something before,” she explained.

And to this day, with a good foundation from piano lessons, the songstress plays seven different instruments as she continues to write and create new music.

She started writing music as early as sixth grade (although she hopes most of those songs never see the light of day) and by the time she was in high school, she began making regular trips to Nashville. She missed some school and would do her homework on the plane.

The day after high school graduation Kinsey moved to Nashville. Luckily everything did eventually work out for her because she “put all her eggs in one basket.” There was no plan B.

In 2020, Kinsey discovered her manager, Amy Fisher, had breast cancer. At the same time, she was in a songwriting group alongside Victoria Shaw and Jodi Marr. They wrote a song called “Pink” that talks about a time when pink will be just another color and not be associated with breast cancer awareness. Dolly Parton recorded it and the proceeds from the song go to benefit the Susan G. Komen breast cancer foundation. 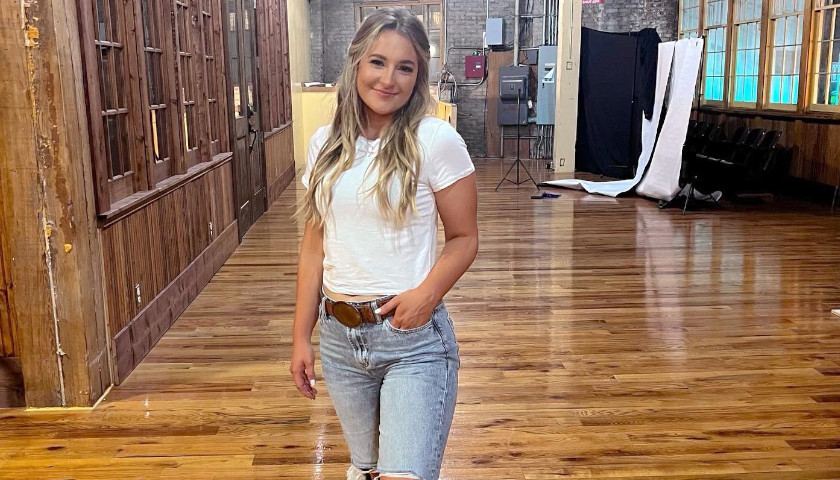 “This song proves how impactful music can be,” she confirmed.

And while the pandemic did slow things down a bit for the artist, she was an “early adopter” of TikTok, a social media platform that has launched many artists’ careers lately.

She said, “I leaned into it because I had not officially released any songs. I was on social media and playing shows but didn’t have any music out. I had been writing songs and building up in my head what the first song should be. TikTok and even Instagram were a great halfway step to putting music out without officially putting music out.”

She was shocked by how much love her songs got on these simple platforms. Kinsey realized that creating and putting out her music was a much bigger deal than what it did for her because her music affected other lives as well.

“Honestly, the songs that are tougher to write, and tougher to sing are the songs that really connect to people,” she corroborates. “It was incredibly rewarding, and I was shocked by the amount of love I was met with (on TikTok).

With TikTok, Instagram Reels, and YouTube stories, your music is randomly (by algorithms) put in front of people who don’t follow you and may not otherwise know who you are. It gives newcomers a fair chance.

The first song she put out on socials was her heart-wrenching original tune, “Drunk Too.”  It talks about a guy calling her up in the middle of the night confessing his love for her. The next day he calls and apologizes saying he was drunk when he said all that stuff. Heartbroken, she saves face by telling the guy it’s OK, because she was drunk, too even though she hadn’t had any alcohol. The song had me and several million people on TikTok in a puddle as it was her first song to go viral.

After her success with “Drunk Too,” she leaned into the second song she released, “Just Drive.” This song was played on Sirius XM The Highway’s On The Horizon and was the one that caught the attention of the record executives.

Kinsey penned the up-tempo getaway tune with Michael August and Josh Ronen. The idea came to her when she had a vision for a song with country lyrics backed with the gritty sound of a pop/rock Paramore song. “Anyone can relate to the song if they think about a time in their life when they wanted to get away from it all.”

She continued, “All the details of that song are true, like even my white Toyota sitting in my driveway. It was cool to be so specific to myself and so honest in a song. And it connected to people.”

Last year having a record or publishing deal wasn’t even a topic of conversation for her before August. She just had her head down and kept doing her thing. Now she’s on the same path, just with more force behind it. Kinsey ultimately signed a record deal with Barry Weiss and his joint venture with Sony Music, RECORDS Nashville. And then she signed her publishing with Joe Fisher’s Boom Music Group.

She wrote the song “Hate This Hometown” about a memory (first love) making it hard to hate her hometown, a song about the city of Rockwell, Texas. “I Got You” is also about her family and specifically her sister. And while she knows Nashville is where she is supposed to be, she goes home every chance she gets.

Kinsey has also released the songs, “Better On Me” and the vivacious “Vegas” but her latest song “Reason For Leaving” has a more mature sensibility to it. The song is about a guy making excuses and not believing her when she professes her feelings. It gave her a good reason to cut things off.

“I’ve started writing about things that are really honest to me and honesty is beautiful in a way.”

And though the song has been less than two weeks, it has had thousands of views/streams already.

She states, “It’s another one of those songs that was so specific, that I didn’t know if others had ever felt that way before. But people are really connecting with it.”

And while it was horrible to go through, it’s somehow comforting to know that others have experienced something similar.

After making her Opry Debut on April 23rd of this year, Kinsey is now on tour this fall with Dylan Scot and Home Free.