NASHVILLE, Tennessee – When I got the press release that a Nashville-based rock band, Colony House, was releasing their fourth studio album on February 3, 2022, I was intrigued, because in this town we don’t have a lot of modern rock bands. All four band members are from Tennessee, with two being from Franklin.

The first song I heard of theirs was the title track, “Cannonballers.” They blew me away, and I instantly wanted to find out more about these 30-something-year-old rockers. 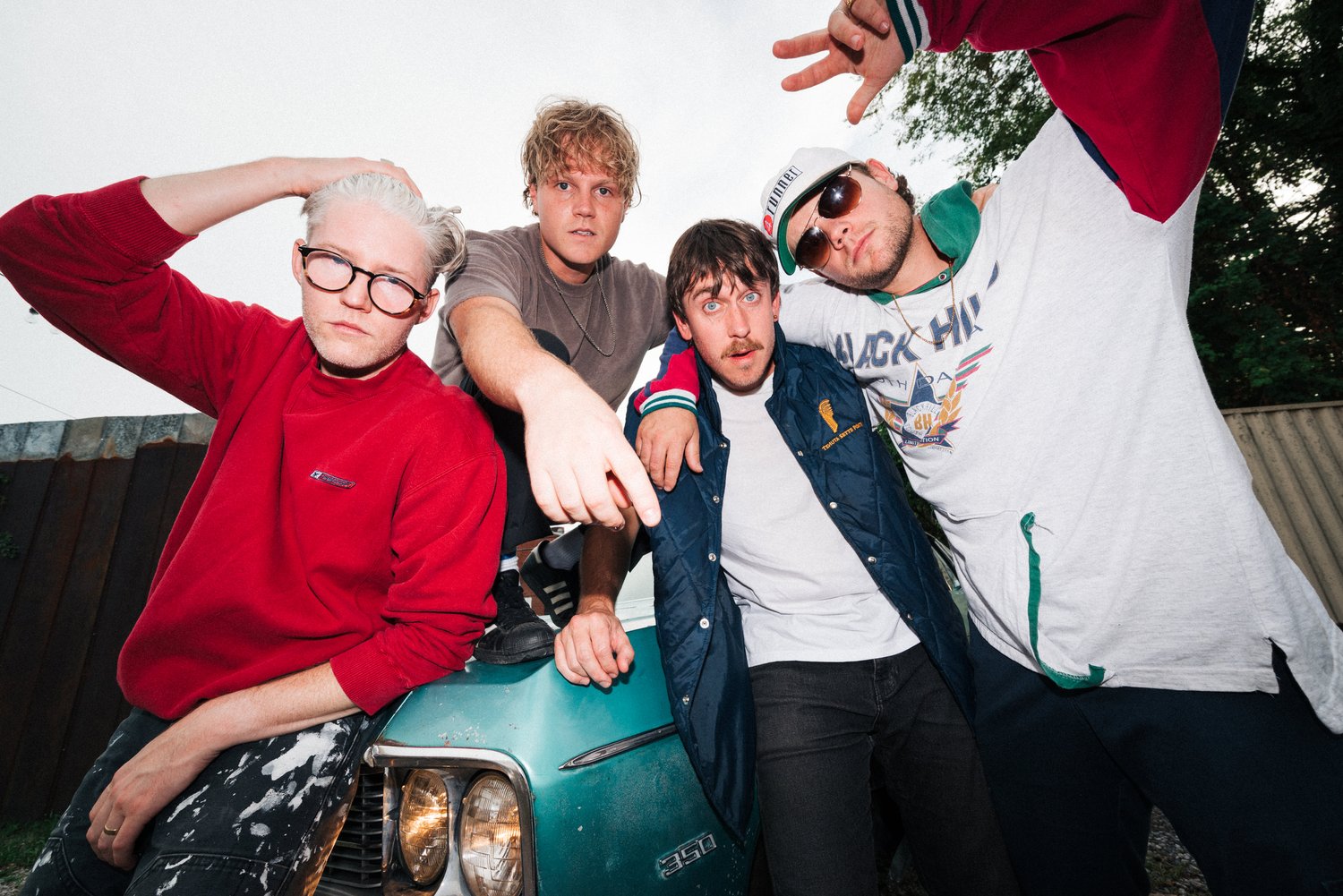 Colony House consists of frontman Caleb Chapman, drummer Will Chapman, guitarist Scott Mills, and bassist Parke Cottrell. They are all married guys with kids and have tens of thousands of followers. On the day of my interview, I found out where Caleb and Will came from. They are the grown sons of Christian artist Steven Curtis Chapman. Not only that, their grandfather also owns a music store and still teaches guitar lessons in Paducah, Kentucky.

Caleb and Will grew up in the music industry, and they always looked to their dad as their hero.

Caleb reports, “Since I can remember, we’ve always had some kind of instrument in our hand, and we always wanted to go into the family business.”

As is the norm for a musical family, the brothers started a band with friends while in middle school. By the time they were in high school, they were good enough to tour as musicians with their dad. They did that for about six years.

A few years after they graduated high school, they had the talk. They told their father, “Thank you so much for getting us off the ground, but we’re going to try and go out there and do this thing ourselves.” There was never an “a-ha” moment. It was always what they wanted to do.

Steven Curtis Chapman was very supportive and continues to be the group’s biggest fan.

They met Scott (Scotty) Mills when Caleb’s cousin brought him to his sister’s birthday party. Their cousin told Will and Caleb, “Hey guys, I know you are looking for a guitar player. You need to ask Scott – he’s really great.”

They asked him to hang out and play around with some songs, and it was a good fit.

Scotty had a best friend named Jeremy, and Jeremy had another good friend from Knoxville named Parke Cottrell. They had always heard of each other through their mutual friend but never met.

When Colony House had a show in Knoxville, they were looking for someone to open for them at The Pilot Light. Parke ended up opening for the band, and they became friends. Two years later, their bass player had to quit, and Parke agreed to fill in “for a few weeks.” Parke’s first rehearsal was a soundcheck in Atlanta, and he has been playing with them ever since. That was in 2014, so this later rendition of the band has been together for more than eight years.

Sounding nothing like their father, I wanted to know where this punky, surf-rock (or landlocked surf-rock, as Caleb calls it) sound came from.

Caleb admitted, “In high school, my brother and me got into the hardcore, screamo energy of the heavy rock shows. It was inspiring to see this cult kind of loyal fan-bases along with these bands that toured non-stop.”

It was the romantic notion that they could be in a band and travel extensively that inspired them.

However, their father taught them that song is king and that even with a fancy production, the best songs are the ones that you strip back and play for someone on a piano or an acoustic guitar. And even though their styles are completely different, that mentality stuck with them.

“It is the Chapman way that you communicate with the music,” he explains.

Along with metal, you can hear the influences of British rock bands in their music. He also confirms that Kings of Leon impacted them as they were “the Southern rock boys who broke through.”

But besides the heavy rock bands, Caleb cites Johnny Cash, Glen Campbell, and The Highwaymen as influences.

On their website, they state, “We know we’re not a ‘cool’ band. We’re regular guys. We’re not sex, drugs, and rock and roll. We’re just rock and roll.”

Because they are solely focused on their music, it takes them to another level that many aspiring rock bands find difficult to achieve because of the distractions.

He expounds, “We’ve been family men for quite a while now. When you are around the industry, you can call BS on a lot of the smoke and mirrors. We’ve avoided a lot of hardship because we just stick to making music.”

Led by Caleb’s creativity alongside their talent, the band creates and writes all of their songs. Sometimes it starts with an idea, melody, or just a vibe, but organically it gets turned into a “total surf-rock jam” which has earned the group 170 million-plus streams on Spotify alone with millions more on YouTube.

To date, “Silhouettes” from their 2014 When I Was Younger album and “You Know It” from their 2017 Only the Lonely record are their biggest hits. When you read the comments on YouTube, you realize they have achieved the rabid, loyal fan base as their favorite heavy rock bands have.

“You Know It” reached mega-viral status on TikTok and has vaulted to over 100 million streams across all platforms after being featured as the soundtrack to Samsung Mobile’s nationwide ad campaign.

Their fourth studio album, The Cannonballers, comes after touring hard for 10 years. When the pandemic hit, they had extra time to put into creating new music.

Caleb states, “We forgot what it was to be home for an entire year. We saw the season change and stayed in community with our friends. No wonder we still live here. It’s amazing and beautiful.”

With their title track, “Cannonballers” having been out for just a month, it is already well on its way to becoming their new biggest hit to date. 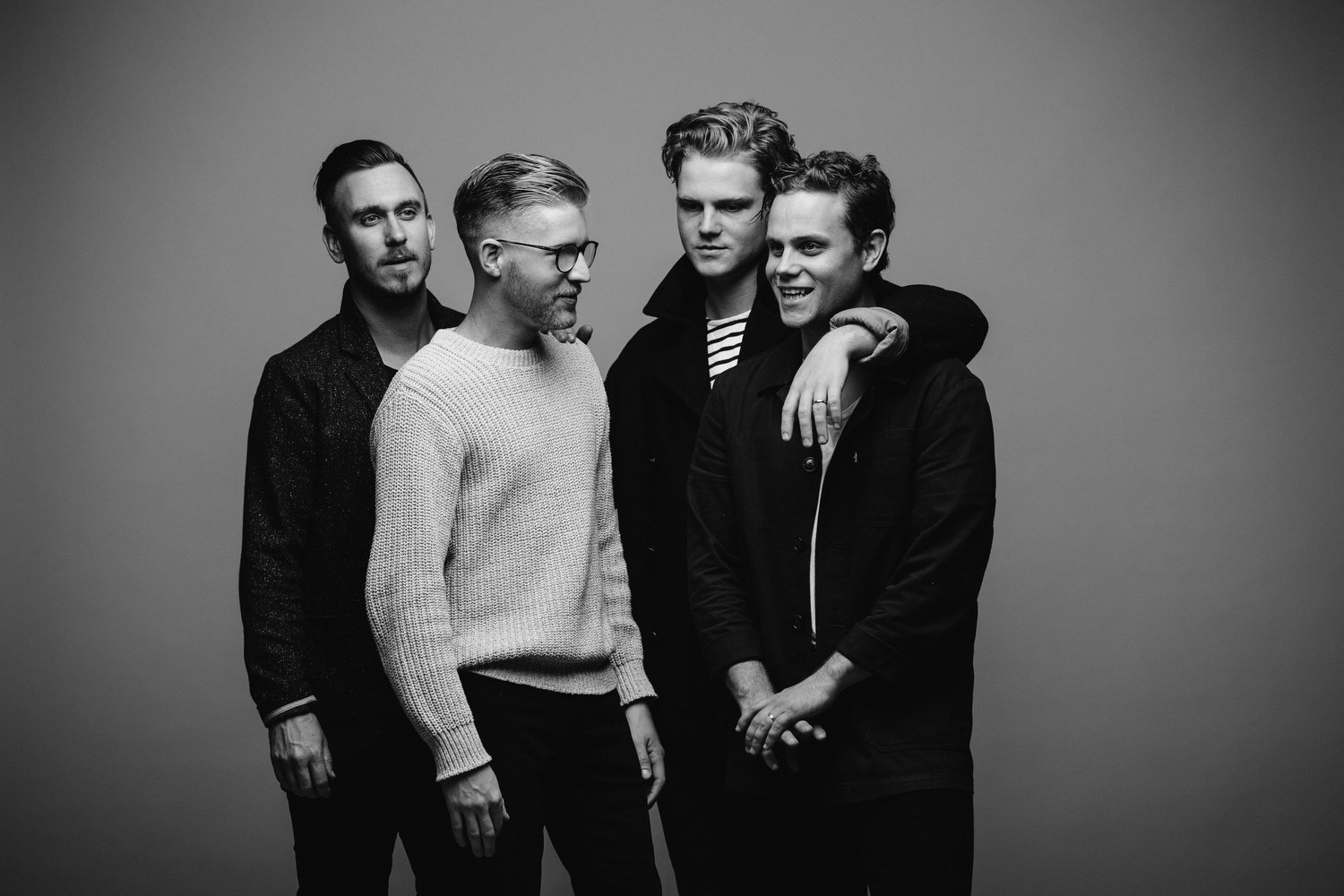 The second song released off their upcoming album is “Landlocked Surf Rock,” which is a hat-tip to their Tennessee home. “With half of us being Nashville natives and all of us being Tennessee natives, we wanted to write a love letter to our hometown and all its charm and all its absurdities. ‘Landlocked Surf Rock’ is our ‘Sweet Home Alabama.’ We know we don’t belong on surfboards at all, but we’ve always been inspired by that scene.”

Oddly enough, the record was not cut in Tennessee, but in Norman, Oklahoma, with renowned producer Chad Copelin.

“We got out of our typical comfort zone where we normally create to see if that would affect the sonic landscape of the album, and it totally did. There is a cool, small community out there making really great music.” Caleb explains.

He continued, “We got way outside of our comfort zone where we were creating this album, and I think it made us make different decisions than we had in the past. The album is very concise and doesn’t meander. I’m excited to see how people react to it.”

While the touring life is “all they know,” they try not to fall into the trap of overworking and neglecting their families. They all have wives and kids, so the decisions they make benefit the whole, not just the band.

If Colony House didn’t already have an extensive fan base that ranges everywhere from those who love contemporary Christian to heavy metal, their latest album, The Cannonballers is sure to garner even more admirers with its unique “landlocked surf-rock jam” sound that puts the alt-rock band in a class all its own.

Colony House will be on tour to support their forthcoming album. Be sure to catch them for a night of revelry you won’t soon forget.

The Cannonballers drops on February 3, 2023, and is now available to pre-save.