NASHVILLE, Tennessee- Grace Leer is a country music singer from Danville, California. She is an American Idol alumnus who started singing at the young age of six. She recalls entering a talent show and singing Selena’s “Dreaming of You.” That was when she fell in love with being on stage.

“I still can feel that little girl in me every time I get on stage. It is my favorite place in the whole world. I remember being six years old and super nervous, standing in front of a big microphone, bigger than my head. I felt like was connecting with the people in front of me. It was a really special feeling,” she recounts.

Leer kept doing talent shows. When she was 10, the youngster sang “Somewhere Over the Rainbow” at the same talent show and that is when her parents realized she truly had a gift. They put her in voice lessons where she learned how to sing properly and perform. She also learned to tell a story via her music which helped with her songwriting later on.

One time she was practicing The Chicks’ “Wide Open Spaces” for a competition and her mom printed out the lyrics and told her, “You need to read this because you need to understand what these lyrics mean so you can tell the story to the audience.”

It was more than just performing that piqued the singer’s senses, but also the ability to tell a story and send a message, connect with the audience and make people feel something.

At age 11, she competed in American Juniors, a show like American Idol for kids that Ryan Seacrest also hosted. She didn’t win, but she did make it to the top twenty.

She states, “I remember coming back home after a three-month stay in L.A. and I felt like a little celebrity. I wasn’t ready for that but it did get me a little bit of interest in the Bay area.”

It opened more opportunities for a young artist like Radio Disney and singing the National Anthem for the San Francisco Giants.

At this same time, the California native was also. active in competitive soccer. She was good enough to be offered a full athletic college scholarship at UC Berkley to play Division One soccer.

By the time she was 15, Leer was already working with a music producer who advised she was talented enough to do music full-time but that would require quitting soccer and having a limited school schedule. 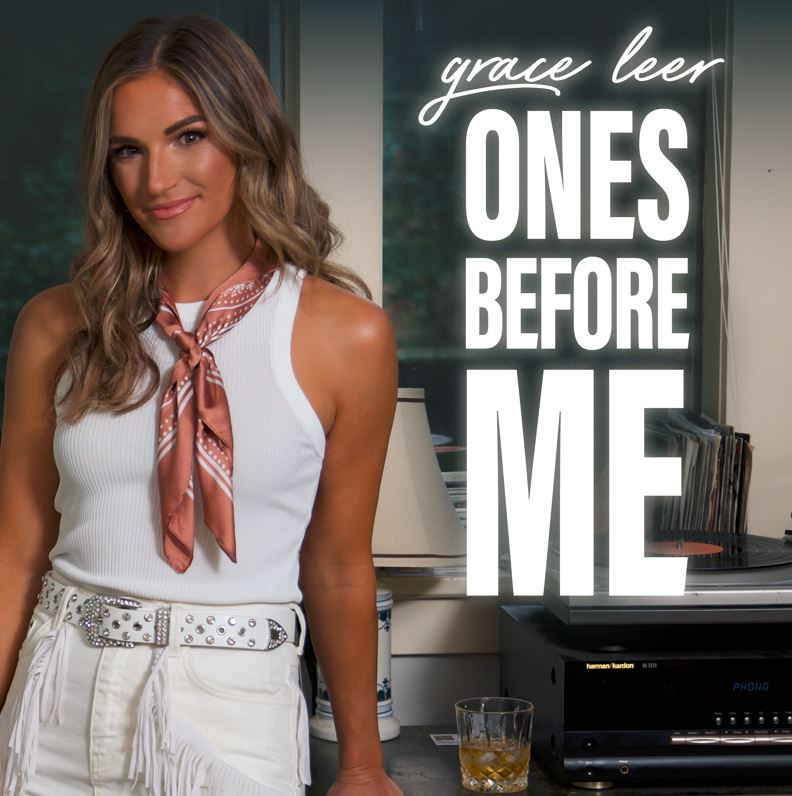 The teenager turned him down because she felt she wasn’t quite ready for that.

“I didn’t feel like I was ready. I just wanted to live my life and be normal, play soccer, have fun and be a kid. I’m still glad that I did that because it helped to make me who I am today,” she confides.

Her parents encouraged her to take the scholarship where the singer/athlete got a degree in Public Health because her mother is a physician’s assistant and she was around health care all her life. She was able to continue singing and taking music classes in college all while playing soccer.

After graduation, Leer moved to Nashville, where she started, and band to jump-start her music career. It was during that time that she got the idea to try out for American Idol. And while I found her tryout nearly flawless, she stated she was so nervous that she nearly didn’t show up.

You would never know it watching her that sometimes she gets physically sick and has to do breathing exercises to calm down. However, the minute she gets on stage and the music starts, she is fine. In her American Idol audition, she looked like she had been doing this all her life. (Which she has.)

The songstress covered the High Women’s “Crowded Table” for her audition but where she really shined was when the judges asked her to sing something sad, and she belted out Patsy Cline’s “Crazy” like she had been practicing it forever, even though it wasn’t planned at all.

Season 18 of American Idol was filmed in 2020 and much of it was done virtually. Leer made it into the top 10 and blew the judges and America away with her rendition of Aretha Franklin’s “Natural Woman” and later with her stunning cover of “Somewhere Over the Rainbow.”

Since then, country crooner, Logan Mize, asked Leer to join him on his smash hit, “Nothing With You” and she was direct support to his Spring 2022 tour.

Now Leer is getting ready to release her debut self-titled EP on September 14. She has already released the song “Brought a Girl” which is based on a true story to which many can relate. The party that is acted out in the video happened.

She admits, “I was excited to see this guy. I had everything ready. I had his favorite beer. I wore a cute dress. Everything was set up. And he walks through the door and he brought a girl with him.”

And while the evening certainly didn’t go as planned, it was a made was a great idea for a song. In a co-write the next day, Leer alongside Joy Beth Taylor and Sam Ellis wrote the fun, cheeky, country song because “It wasn’t his fault. It was just unfortunate.”

Leer shows a softer, more serious side of herself in the song, “After 1” which talks about a guy moving on much more quickly than she can.

“And even though I am now in a great relationship, so many great songs come from these heartbreak situations,” she states.

Her latest song, “Ones Before Me” is my favorite original song on the EP. Though she did not write it, it was the first song she cut after American Idol. The ode is a heartfelt tribute to the ones who paved the way for those currently experiencing success in country music.

With the pandemic, it took a while to get everything right to give this touching single the accolades it rightly deserves. The chorus recaps Rewind to a time when Loretta sang her mind/ when Waylon and Willie were higher than high/ when the band had a steel and the drums, they were real/, oh, the rhinestones in all of its glory/ so, here’s to the ones before me, Leers performance of this tribute song makes it one to be played over and over again.

Even though it’s been nearly three years since its inception, Leer loves to sing it. “I perform it all the time. It’s one of those songs that people really want to sing along to. It celebrates these legends of country music who inspired me and paved the way for me as an artist.”

Grace Leer’s debut EP comes out on September 14 where she will be releasing another single and a cover of Dwight Yoakam’s “A Thousand Miles From Nowhere.”

After the EP is released, Leer will continue to play around town. And like most Nashville singer/songwriters, she is penning songs and already working on her next project. “It never stops,” she confesses.

And as an avid supporter of female singer/songwriters, I hope it doesn’t ever stop. With her big, beautiful voice, songwriting sensibilities, and cheery attitude, Grace Leer is an artist that I will be following for many years to come.

You can pre-save her self-titled EP here.