NASHVILLE, Tennessee- If there is one thing that means something to me in country music, it is authenticity. Are you singing your truths or just latching onto the newest country fad? 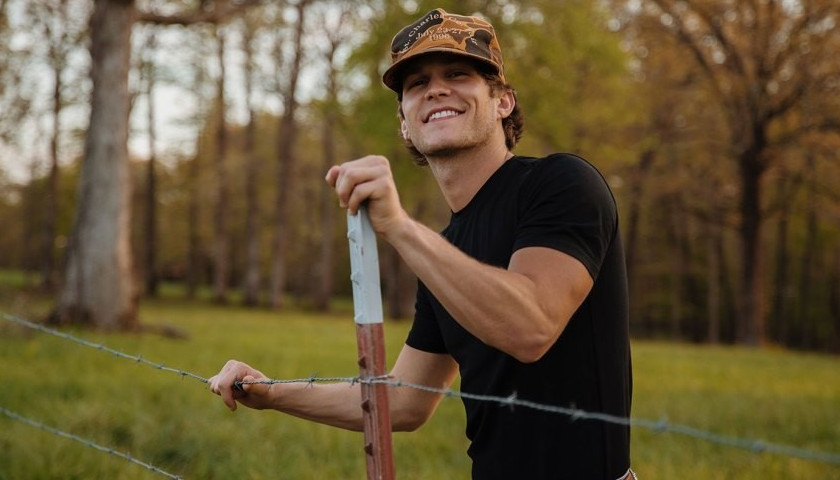 Noah Hicks is probably the most authentic country guy I have ever interviewed. He is a fifth-generation farmer from Carrolton, Georgia. The land he tilled with an air-conditioned tractor is the land his grandfathers plowed with a mule.

He relates, “Every country song you hear about it, that how life is/was for me. All the songs about dirt roads, trucks, getting off work, your girlfriend, meeting her daddy, sneakin’ her out, that was 100% true for me.”

While the Hick side of his family has a musical background, for 21 years, all he had known was farming. His dad sings, his uncle plays guitar and sings, as do his cousins. His dad being from Kentucky, grew up playing/listening to bluegrass and gospel.

Hicks started playing guitar in third grade. He and his buddy kept practicing, and by sixth grade, they started playing at church, where they challenged each other to get better.

Ultimately, his friend ended up playing lead guitar as Hicks played rhythm, but he dreamt of playing a ripping guitar solo on stage while being the center of attention.

Eventually, Hicks would play rhythm and sing backup for another pal, Reed Morris. One night Morris called him to sing a solo. They liked him, and he started getting offers to play shows locally.

He advises, “That’s where the seed was sprouted.”

A few months later, they played a Back 40 Bash that Riley Green put on in his hometown. Hicks played Luke Combs’ “Hurricane,” and it was the first time he had crowd participation as they sang along.

“At the time, ‘Hurricane’ was not just a song I was singing, but I was feeling it. I’m a very emotional person. By controlling the crowd with them singing it back to me, I thought ‘That could be one of my songs one day,’”  He continues, “Whatever that is, I’m chasing THAT. It’s an adrenaline rush when they are into you and your music.” 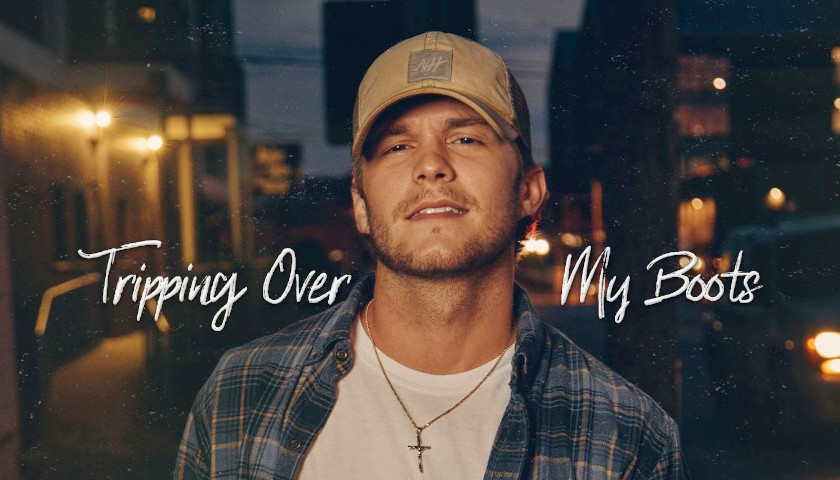 Hicks moved to Nashville in January of 2020, right before the onset of the pandemic when he had just turned 21. And while he lived with several other songwriters, he had to do whatever he could to make money and pay the bills. And though he would eventually get a publishing deal that year, it definitely “knocked him on his ass.”

In May 2020, Noah released the contemplative, personal song, “Drinkin’ Alone,” and immediately began receiving inquiries from publishing companies in town, including RED Creative Group which he is now a part of.

Another song that he wrote in 2020, “I Can Tell You’re Small Town” has had more than 3 million streams. He told his publisher, “This song is what I want to sound like all day long.”  The song blew up on TikTok as well.

With lyrics like Probably got one light and a hundred dirt roads/ The way you lit up when I played/ that jukebox John Deere green/ And the way you hopped up, slid across that ole Chevy bench seat, Hicks is not just singing a sassy country song, he is singing his truth.

“Drinkin’ in College Town” was written in 2020 at the beach and features Jon Langston and Travis Denning. It is a song about Carrolton, home of The University of West Georgia, where there is a new batch of college kids coming each year. Though he did not attend college, Hicks has certainly been part of the crowd.

“Miss You Back” was also written at the beach that year and the singer laments lost love as he is trying to move on from a past relationship.

Hicks teamed up with legendary Rhett Adkins to write “No More of ‘Em,” another song that praises the small-town way of life.

On September 30th, Hicks released a new EP Tripping Over My Boots where the pre-released single “Making Up My Mind” has already garnered support from key Spotify playlists such as “Next From Nashville” and “New Music Friday Country” along with Apple Music’s “Country Risers” and “New in Country.”

The title track, “Tripping Over My Boots” is an honest look at new love to which many will relate.

In early October, Noah will be direct support for a few of ERNEST’s “Sucker for Small Towns Tour” shows, with additional headlining dates to be announced. Visit Noah’s official website for more information and to purchase tickets.

Hicks hopes his songs can help others feel how he used to listen to the local radio station growing up on his family farm.

“I never thought being a singer was even possible, I intended to do what everyone else did,” Hicks confides. “I’ve worked farms, built fences, tended cows, tinted windows, but becoming an artist was always just a dream. Now I’m blessed to call it my job. If I wasn’t doing music for a living, I’d be back home farming.”

With a sound that can be easily compared to the megastars Morgan Wallen and Hardy, I hope his family has found someone else who can tend the chickens because Noah Hicks is staying in Nashville, where he belongs.

Tracklisting for Tripping Over My Boots:

“Tripping Over My Boots” (Noah Hicks, Jordan Minton, Will Bundy)

Check out Hick’s newest music on his Tripping Over My Boots EP.