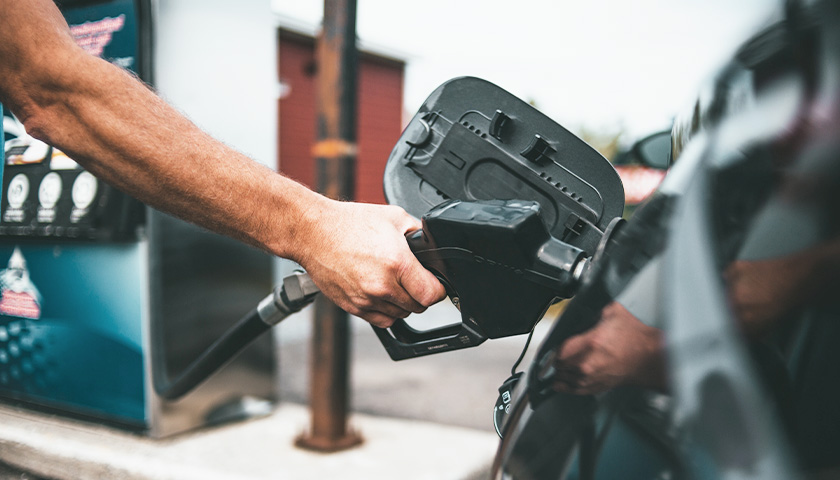 Democratic Gov. Kathy Hochul of New York said Thursday that it will follow California’s lead by banning the sale of gasoline-powered cars and light trucks by 2035.

All passenger cars, pickup trucks and SUVs sold in the state will have to be classified as “zero-emissions vehicles” by no later than 2035, according to a press release. Hochul directed the state’s Department of Environmental Conservation to begin implementing the new rules that will also require 35% of state vehicle sales to consist of electric cars by 2026, rising to 68% by 2030.

“With sustained state and federal investments, our actions are incentivizing New Yorkers, local governments, and businesses to make the transition to electric vehicles,” Hochul said. 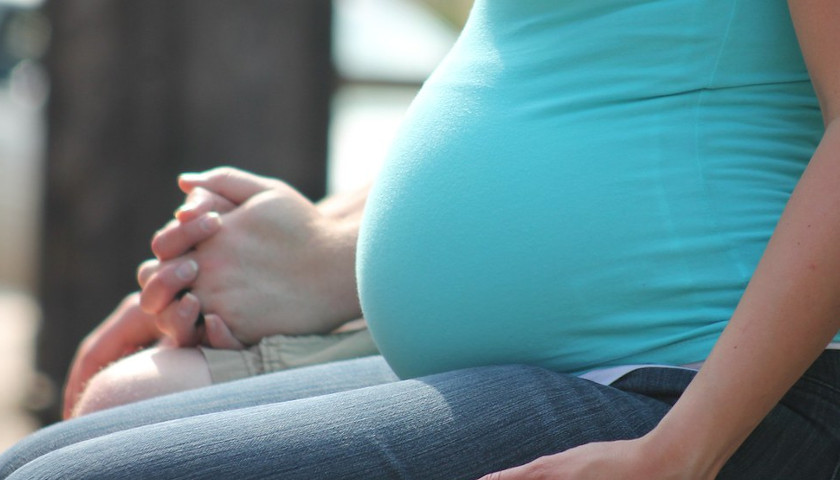 Republicans are doing their darndest to self-immolate before the midterm elections. Senator Mitch McConnell (R-Ky.) attacked fellow Republican Senate candidates in August as being of poor “quality” and suggested that Republicans were unlikely to win the Senate. 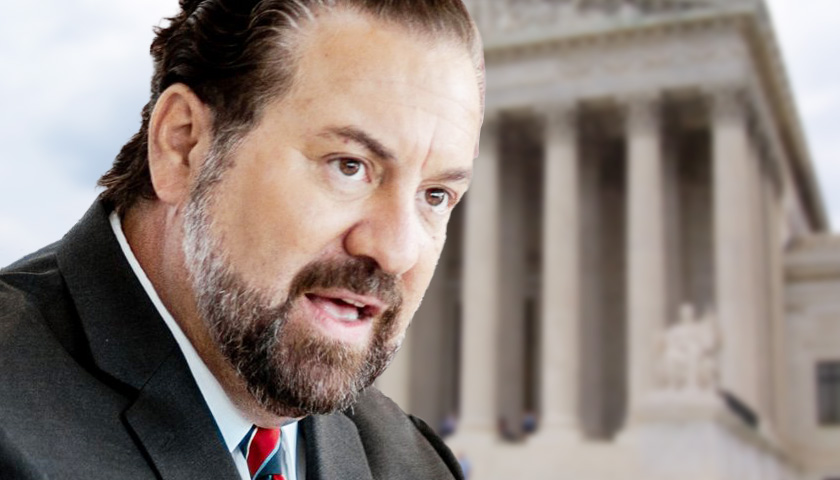 Arizona Attorney General Mark Brnovich is leading a group of 21 attorneys general in an amicus brief regarding federal immigration law.

The attorneys general are asking the Supreme Court of the United States to uphold a federal statute to enforce federal immigration law in United States v. Hansen. 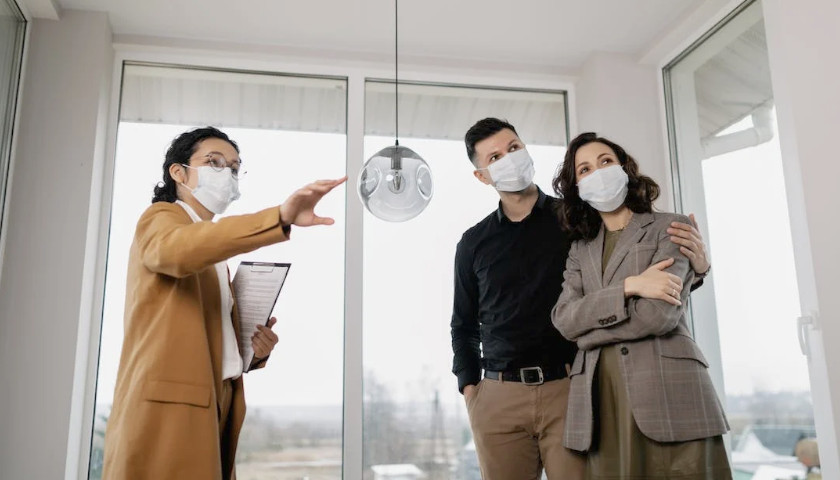 Mortgages have hit their highest rates in decades, with the 30-year fixed interest mortgage rate surpassing 7% for the first time since 2002, according to the Mortgage News Daily (MND) index.

At 7.08%, the current fixed rate is a far cry from September 2021 rates of 2.86%, and has increased by nearly 2% since the end of August 2022, according to MND. Applications for home refinancing have dipped by 10.9% and new home buyer applications fell by 0.4% in September as interest rates continue to climb, Trading Economics reported. 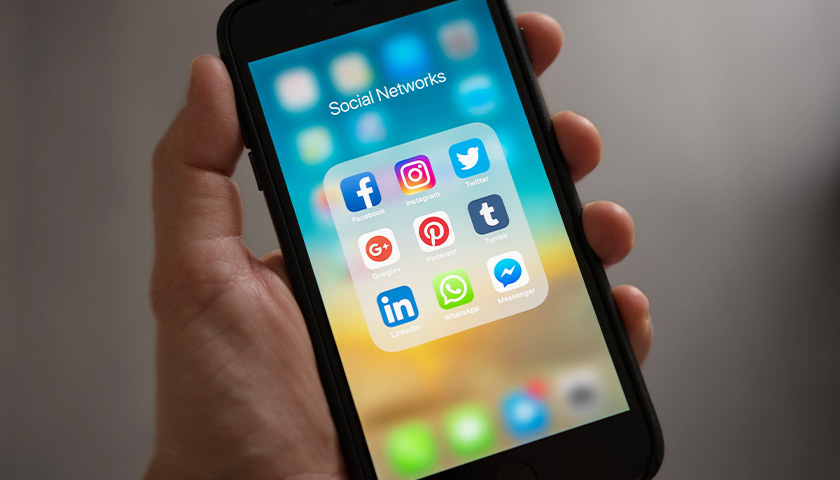 A consortium of four private groups worked with the departments of Homeland Security (DHS) and State to censor massive numbers of social media posts they considered misinformation during the 2020 election, and its members then got rewarded with millions of federal dollars from the Biden administration afterwards, according to interviews and documents obtained by Just the News.

The Election Integrity Partnership is back in action again for the 2022 midterm elections, raising concerns among civil libertarians that a chilling new form of public-private partnership to evade the First Amendment’s prohibition of government censorship may be expanding. 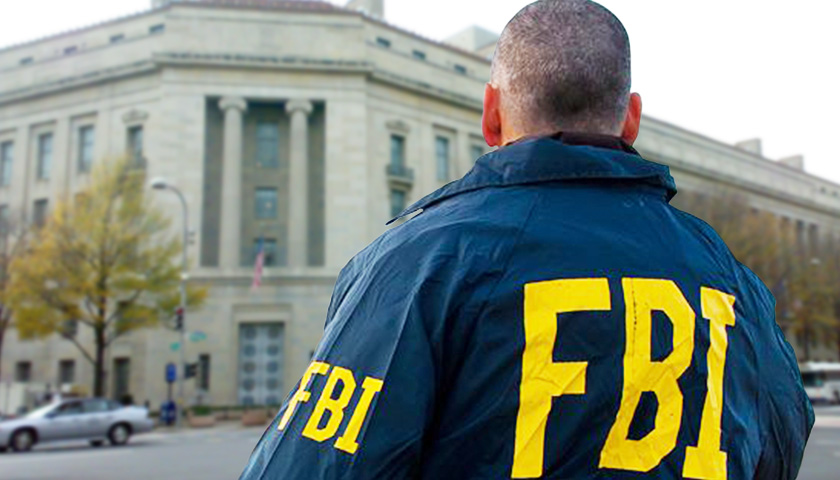 To the surprise of no one paying attention, the Department of Justice recently acknowledged the use of several FBI informants in its investigation of the Oath Keepers, an alleged militia group tied to the events of January 6.

Prosecutors last week asked for a protective order to conceal from jurors information about confidential human sources (CHS) expected to testify during the seditious conspiracy trial of five members of the Oath Keepers; jury selection is now underway. Not only does the government want to prevent defense attorneys from asking personal questions that could reveal the informants’ identities but prosecutors don’t want the sources to publicly disclose any involvement in past or pending criminal investigations or details of “the FBI’s CHS program and the training and methods used by the FBI as part of their undercover operations.” 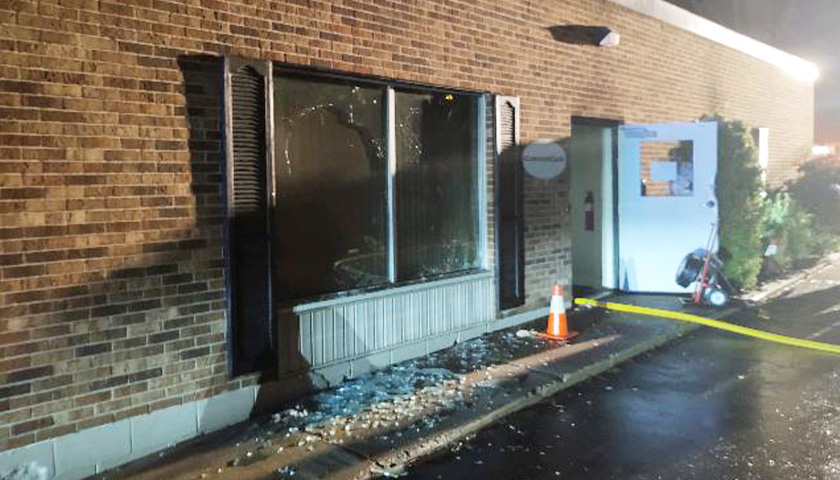 The CEO of a crisis pregnancy center in Buffalo, New York, says the police and FBI will not give back his surveillance footage from the night abortion extremists firebombed his facility because they are afraid it may inspire rightwing violence. 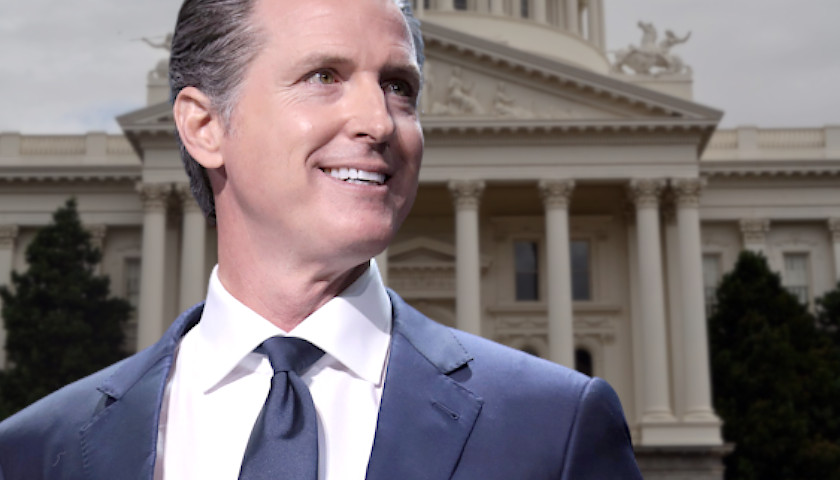 California Governor Gavin Newsom (D) signed a bill (SB-107) into law Thursday that makes his state a safe haven for parents who want their gender dysphoric children to be treated with drugs and surgeries when their own states have attempted to protect minors from such life-altering interventions.

“In California we believe in equality and acceptance,” Newsom said in his signing message. “We believe that no one should be prosecuted or persecuted for getting the care they need – including gender-affirming care.” 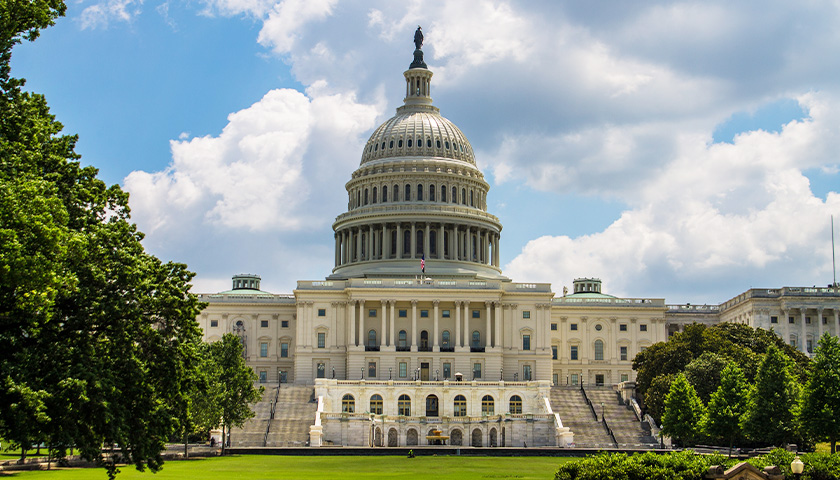 The bill, known as the Merger Fee Filing Modernization Act, passed 242 to 184, combining a trio of antitrust bills designed to limit the impact of Big Tech firms by increasing merger application fees to fund stricter antitrust enforcement, requiring companies to disclose foreign subsidies when applying for a merger and exempting antitrust lawsuits brought by state attorneys general from processes that can result in court cases being transferred to districts more favorable to defenders. The package, passed with 39 Republican votes, was endorsed by the White House on Tuesday as part of its ongoing efforts to beef up antitrust enforcement. 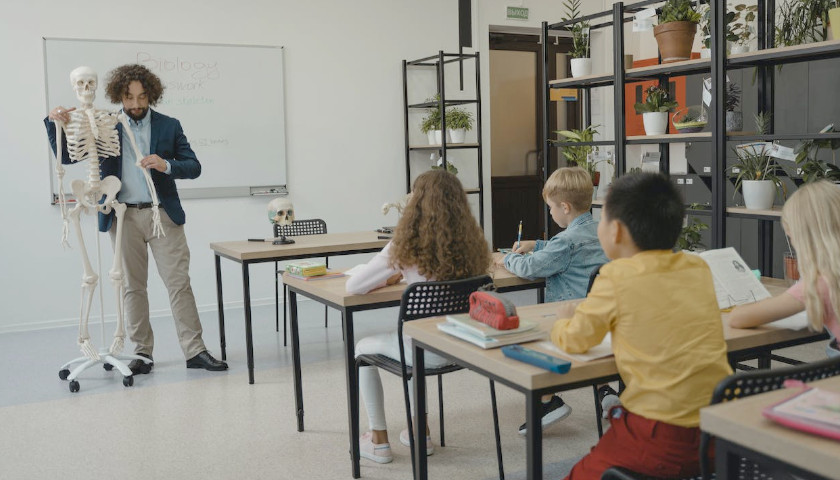 The Pittsburgh Public Schools Board unanimously adopted changes to the district’s sex education policy that is aligned with national standards, shifting the focus away from abstaining from sex and including “culturally relevant” information related to gender identity.

Rather than emphasize “sexual abstinence as the expected norm,” the new policy “stresses that abstinence from sexual activity is the only completely reliable means of preventing sexually transmitted infections and HIV when transmitted sexually,” the Pittsburgh Post-Gazette reported Thursday. 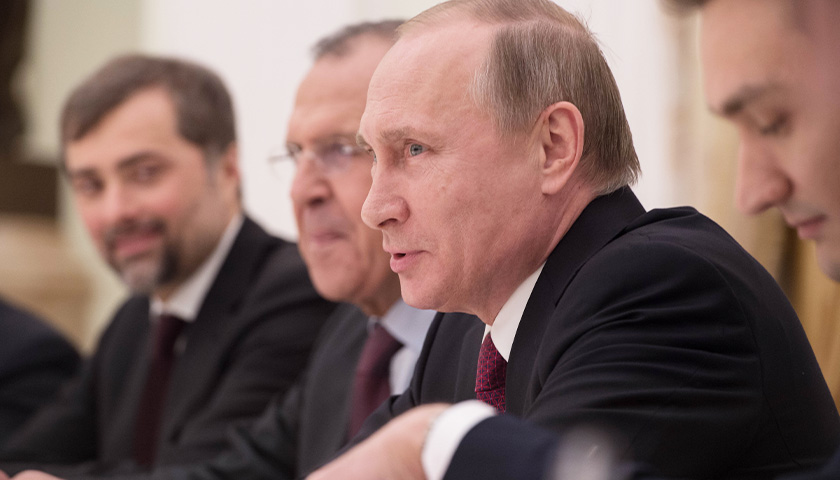 Separatist leaders from Kherson and Zaporizhzhia regions in southern Ukraine and the self-styled Luhansk and Donetsk People’s Republics agreed at a ceremony in Moscow to recognize the results of Russian-backed referendums in the breakaway territories, Forbes reported. The Kremlin said it will consider any attack on the annexed territories a direct attack on Russia, urging Kyiv to return to the negotiating table to avoid a catastrophic escalation in the war. 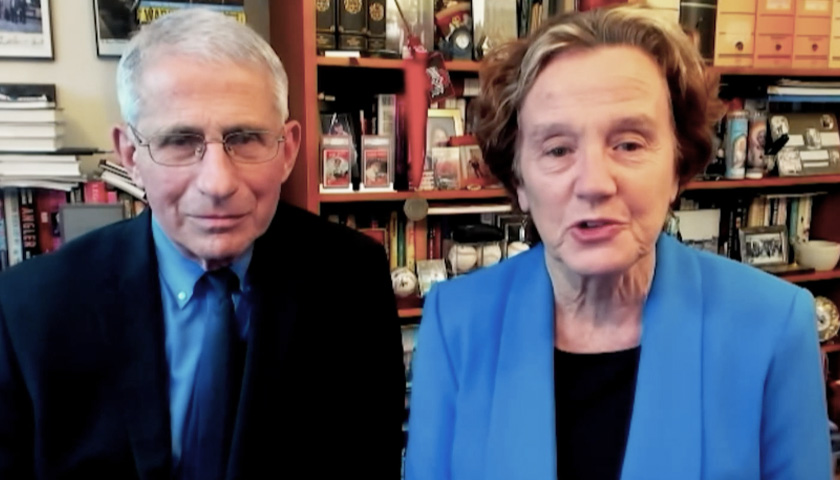 National Institute of Allergy and Infectious Diseases (NIAID) Director Anthony Fauci and his wife saw a net worth increase of $5 million during the COVID-19 pandemic, according to an analysis by a government watchdog group. 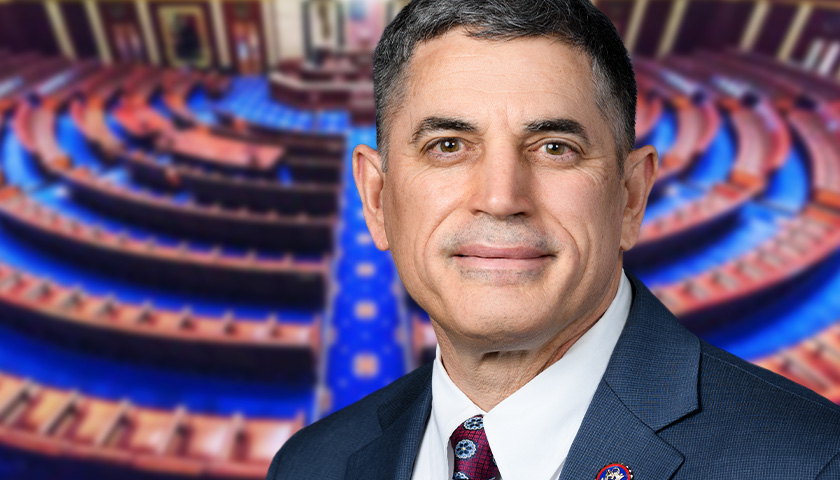 Rep. Andrew Clyde (R-Ga.) plans to introduce legislation called the Free Speech Defense Act that will prohibit federal officials from collaborating with Big Tech to censor Americans’ voices and create some legal recourse for those harmed by free speech infringement.

Clyde unveiled his plans for the bill during an appearance Thursday night on the “Just the News, Not Noise” TV show. 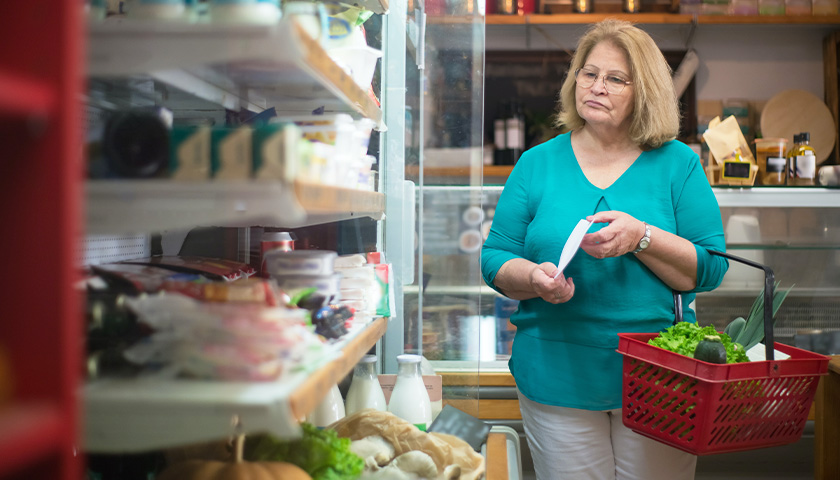 Inflation rose more than expected in August, leaving Americans facing even higher prices on a range of everyday purchases, according to newly released federal inflation data.

The Bureau of Economic Analysis released the pricing data, which showed the Personal Consumption Expenditure excluding food and energy, a key marker of inflation, rose 0.6%, higher than expected by Dow Jones.